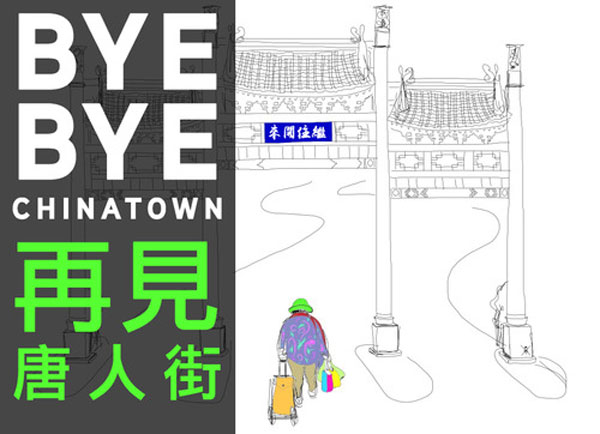 If Chinatown means something to you, please take a moment to read this, and send your comments to the City of Vancouver by this Friday, December 12.

I have been working with several members of the Hua Ren Environmental Network (HREN) to engage with discussions about the future of Chinatown. We are connected to Chinatown in a diversity of ways and we speak varying levels of Chinese languages (Cantonese, Mandarin, Toi San, Hoy Ping, just English). We are increasingly concerned about the pace and type of development happening in Vancouver’s Chinatown, specifically with regards to a rezoning application for 105 Keefer Street and 544 Columbia Street. The site would be rezoned from HA-1A (Historic Area) District to CD-1 (Comprehensive Development) District in order to build a 13-storey (120 feet/36.6m) mixed-used building.

WHY ARE WE CONCERNED?

1. Submit comments to the City of Vancouver by Friday December 12th.

You can provide comments by filling out the City of Vancouver’s online feedback form. While comments will be accepted up to the Public Hearing date, you are encouraged to provide your comments by December 12, to allow staff to consider if any changes need to be made to the proposal and to represent your comments in the report to Council. Here’s a comment template you can use.

This re-zoning may go to a public hearing in the spring of 2015. In the lead-up to this, let’s inform and organize ourselves, and be prepared to voice our concerns, and ideas for the future of the neighbourhood. Would you be interested in participating in, or helping organize a teach-in or public discussion in January? Sign-up here to get involved.

3. Amplify the Message So We Don’t Have to Say Bye Bye Chinatown

To our knowledge, there is almost unanimous opposition to the rezoning, as expressed by many Chinatown associations and community leaders. Let’s add our voices. Every submission counts and showing that young people are concerned will get the attention of the City!

If you’d like to amplify this message to your social networks, we have a modified web version of the appeal letter (from “a concerned group of residents”), that you can find here: http://byebyechinatown.com/

“Submit comments to the City by this Friday to oppose the rezoning of 105 Keefer in Chinatown! We need to ask the City, developers, and community leaders to work together on implementing a plan that honours the heritage of this important neighbourhood and its current residents’ needs, not just unfettered development.”

Twitter: “Submit comments by this Fri to oppose rezoning of #105keefer so that we don’t have to say #byebyechinatown http://bit.ly/1670pIf” (or you can Retweet my Tweet here).

WHAT DOES CHINATOWN MEAN TO YOU?

“I am afraid of losing a unique and vibrant neighbourhood for another one of glass and steel..the long time history of Chinatown, its people and their stories….the idea that things can be special”. – HREN members

I can’t claim to know what the answer is for Chinatown. All I know is that it would be heartbreaking to say “bye bye” to a neighbourhood that houses our elders, that holds collective cultural and linguistic memory for multiple communities, that has been and continues to be a site for community organizing and people-powered planning, that supports new arrivals to the city, that makes space for artists and small businesses, and whose webs of relationships will be hard to re-create once displaced.

Following up on the discussions we’ve had at past HREN events, including: Tong Yun Gai, screenings of Julia Kwan’s film Everything Will Be, and the mayoral candidates debate in Chinatown, and inspired by stories about the history of community organizing and grassroots planning that has helped shaped this neighbourhood, including resistance to the Quebec-Columbia Connector Freeway and the closure of BBQ meat stores, let’s keep engaged and in dialogue with each other and with the City of Vancouver. Help spread the word and put pressure on the city so that we don’t have to say “bye bye Chinatown”!

For more information, to read an appeal letter, and to get involved, visit http://byebyechinatown.com/.