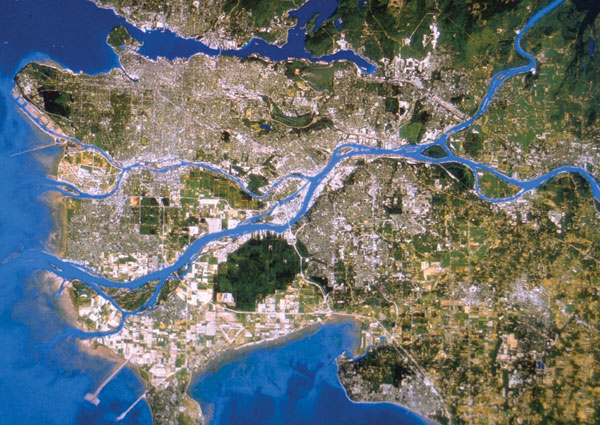 In January, I was invited by the National Capital Commission in Ottawa to speak about urbanism and blogging. It challenged me to reflect on how far my blog This City Life has come, what I love about having a blog and what has worked for me to attract readers and spark conversations on city life and urban issues.

I developed a presentation outlining my “Top Ten Tips” on how to use a blog  – or any form of social media – to advance the urban agenda. As promised, I am sharing their explanation and those tips here:

People read blogs because they offer something that newsites don’t – a unique perspective and anecdotes related to one’s personal experience.

Even if you are talking about a broad issue like homelessness, bike lanes, or walkable cities, your readers want to know how you feel about this issue and how it relates to your own experiences.

For example, when I write about if Vancouver is a friendly city, I talk about my experiences making friends there. If I am talking about climate change, I talk about my fears as a mother and the little changes I have tried to make in my life to reduce consumption.

Your blog is your journal, your microphone and your soapbox to say speak your mind on things that matter to you. Make it personal.

I don’t consider myself a social media expert, but my main tips here are to find and find the platforms that your target audience uses most – whether it is Twitter, Facebook, Instagram or Snapchat – or all of the above.

I currently use Twitter and Facebook and have found that the urbanist community is very active on Twitter, so that is where I put most of my energy when it comes to social media.

I started following the biggest voices in the urbanist Twitter community…. and even following their followers. I then participated in the conversations being had on various local issues. And finally, I tried to post a lot of original content and offer comments on whatever articles I was retweeting.

Social media is not just about re-sharing other people’s posts. You  need to add something to the conversation to get people’s attention. People don’t tend to follow you on social media if you do not offer a unique perspective – which is why when using social media, you should follow my first point about making it personal.

3.) Speak in a Clear Accessible Voice

Even if you are only trying to reach an audience of informed urbanists, if you really want to make an impact with your ideas and perspective on issues, you need to avoid jargon and speak in a clear, accessible voice.

It is easy to slip into using urban jargon. City Lab – an urban newsite – created a list of urbanist buzzwords that need to retire. Some examples are Urbanism, Congestion Pricing, Placemaking, Tactical Urbanism, Built Environment, Smart Growth and Gentrification.

There is no problem with using these words with your urbanist buddies, but if you are trying to reach a broad audience and have your message really resonate, avoid them unless you are going to spell out what they mean.

Also, try to make your point succinctly. Don’t use too many quotes, descriptive words or long drawn out sentences.

Blog posts should probably be between 600 to 1,250 words. Unless you want to do something short and sweet, in which case 275 words is ideal. Short posts tend to generate the most comments.

When I started my blog, I thought that urban issues only had a small niche audience. At the time, I didn’t even know there was a name for people interested in the subject, otherwise known as an urbanist.

Then I joined Twitter and discovered a large community of them.

In fact if you search the term “urbanist” on Twitter and you will find thousands of people who identify as such. These people are your audience.

Follow them, discover what they are talking about and add thoughtful contributions to the conversation.

Twitter is a valuable resource for finding out what local or global urban issues matter to your audience. It’s also a great inspiration for blog post ideas.

Having a blog and using social media helped me find and connect with urbanists like myself. It has led to writing opportunities, media interviews and speaking opportunities like this one, which allow me to add my voice to the conversation on cities.

5.) Weigh In on Controversial Topics

This leads me to my next point,  which is that if you want to get people’s attention, weigh in on controversial current issues.

By following urban websites, local mainstream and social media, you get the pulse of what is stirring up controversy – whether it is a new high-rise, the gentrification of a traditional working-class neighbourhood, or a recent election. Chances are you have an opinion on the matter and that is what blogs are for.

I’ve often used my blog to share my thoughts on controversial local issues such as housing affordability, gentrification of the city’s Downtown Eastside and Vancouver’s recent transit referendum. The key is to do this diplomatically while also making your point and sharing any personal experience you have related to the topic.

Just as people love reading the comments sections of newspapers, people read blogs to hear what people think about the latest hot issue.

One of the best parts of connecting with other urbanists is that you get to learn about all the cool things that are doing to make cities great.

A few years ago, I launched a series of profiles on my blog called Citymakers, where I was able to profile the people I had met since starting a blog who very making a positive impact in Vancouver. These people included artists and photographers, historians, former politicians and regular people who were doing great things in their community.

Some examples include Vancouver Soup, a monthly crowdfunding event and dinner for changemakers organized by a local mother and YIMBY, a project to involving local businesses and communities feeding the homeless.

The media doesn’t always pay attention to success stories like this and people making a difference. I like to use my blog for this purpose to fill that gap.

If you want to grow your audience, one of the best ways to do this is to connect your blog with larger sites.

Some of my biggest boosts in audience traffic have come from writing an article for the Planetizen, having work republished on the Sustainable Cities Collectiveand being recognized by the Guardian Cities website.

Make sure you do your research before pitching to any major site. You can probably just scan the content to get a general sense of what sorts of stories interest the blog’s editors, the tone they like to use in covering them, and the sort of audience they serve. This will help you determine if your story will be of interest to their readers.

Also when contacting editors, write a great subject line that tells the editor why they should care about your pitch, make it personal and keep it short.

I recently finished a series on my blog called “Kids in the City” that profiled how urban families are raising children in smaller city homes.

My goal was to showcase how families can be happy and healthy living in compact homes that don’t contribute to urban sprawl. This includes condos, townhomes, laneway houses, and duplexes.

The issue of family-friendly cities and walkable communities is important because many families don’t think that city life in a smaller home is safe or practical, and they move to the suburbs.

Through the series, I was able to meet and profile families who are proving otherwise.

The series resulted in some of my most popular posts of the year. I think because it appealed to people outside of the urbanism community, but also touched on important issues for urban planners, architects and designers on how to build family-friendly homes and communities.

The series also connected me with developers, municipalities and urbanists  and resulted in a few speaking engagements.

Top ten lists, or as some call them, “listicles” are often loathed for their simplicity, but some of my most popular posts have been in the form of “top ten” lists.

Are lists overused? Probably. Useful things often are, and lists are really, really useful. Which is why I’ve used one here.

In a Wired article titled “5 Reasons Listicles Are Here to Stay”, the author defends the use of lists, because they are basically curate content.

The internet is a vast and overwhelming source of information and lists give us a focused, annotated tables of contents. A jumping off point for further research. They are also spatially more easy to read and digest.

Do not feel bad about using them.

10.) Write about Things that Matter to You

My final and most important point is to write about things that matter to you. You do not need to write about something just because it is popular or will attract more site traffic.

When I started This City Life, my priority was not to be popular, it was to have an outlet where I could pursue my two passions: writing and urban issues. And, my priorities and interests have evolved over time with the blog to reflect my interests at the time and what stage of life I was in.

When I started, I was five years younger and going out to events more, so I wrote more about public spaces and arts & culture.

In 2012, I started to become more interested in the role of walking, personal connection and nature in cities after getting sick and exploring how those aspects of city life helped me heal.

And, when I became a mother in 2014, I explored how families and children can thrive in cities.

What I am trying to say is, the medium of blogging is personal and your posts should be a reflection of who you are and what is important to you.

Jillian Glover is a communications advisor who specializes in urban issues and transportation at Modus Planning, Design and Engagement. She is a former Vancouver City Planning Commissioner and holds a Master of Urban Studies degree from Simon Fraser University. She was born and raised in Vancouver and is very interested in how people in urban environments engage in their cities. In her spare time, she writes about urban issues at her blog, This City Life – which you can visit at www.thiscitylife.tumblr.com.