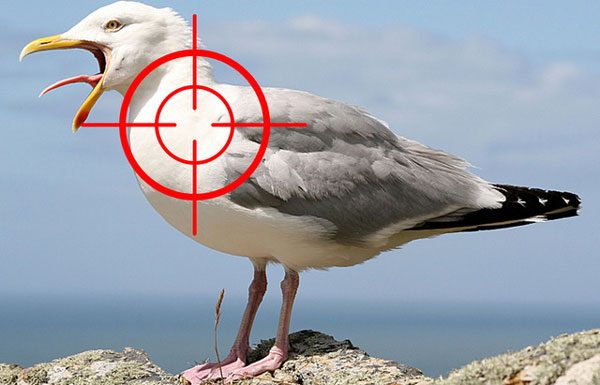 A selected writing from the cognizant Oscar Woodbead.

It brings me tremendous pleasure to announce that as a result of my previous article that discussed the sound of society (and nosedived into a perhaps unnecessary theological commentary), Vancouver government officials have sprung into action. The city has put together a team of over one thousand civic employees to tackle the problem of unpleasant and unnecessary noise and its subsequent impacts on quality of life. Many of these employees have been transferred from less imperative projects such as housing affordability, public health, and transportation. It is clear now that Vancouver is prioritizing the sound of the city to the extent that it always should have been.

In uncharacteristically swift fashion, Vancouver has already made one step towards making our city sound better. As many already know, they have chosen the actor, Seth Rogen, to voice various announcements to Translink passengers. This was exciting news to transit users. I can only suspect that this decision was made largely due to my criticism of the announcement systems previously in place. I approve of the intention by the city and they should be lauded for their efforts.

However, I have some apprehension towards the specifics of this decision. Firstly, Seth Rogen’s voice is awful. It’s distinctive and characterful, yes. That’s why he gets work as a voice actor in the first place. But it’s not the voice we need for public transit. As I said in the previous article, we need a voice that will instill confidence and comfort in stressed transit riders as they face three transfers on the way to their miserable jobs. Seth Rogen, with a voice that sounds like he’s choking on chewing tobacco while slowly falling under anesthesia, will surely be fun for the passengers for a period of time. But the novelty will wear off and the voice will inevitably be disassociated with the actor and just become that annoying transit announcement voice. Then we will be back at square one.

May I suggest a better alternative? I will. Stephen Fry. Yes, the British accent might throw people off. But any voice that is good enough for J.K. Rowling’s audiobooks is certainly good enough for public transit announcements. Seth Rogen’s voice was well-placed in Sausage Party and all three Kung Fu Panda films. But I don’t think it’s disrespectful to say that his voice would be unsuited for Rowling’s graceful prose. And transit announcements should be held more to the standard of Rowling as opposed to Sausage Party.

My other apprehension towards this decision is that even if they used a superior voice for the announcements, the voice is still coming out of Radioshack speakers with an EQ setting that seems to be optimized for dogs, not humans. I happen to know that the studio used a Neumann U87 Large-Diaphragm Condenser Microphone when they recorded Seth’s voice (I assume we are on a cordial first name basis at this point). This microphone is a world class, industry standard for voiceovers. But given the speaker quality on these buses and trains, they might as well have used a gramophone from 1887 to record him. It’s like Usain Bolt training his whole life to become the fastest man on Earth but deciding at the last minute that he would rather compete in beer league hockey. You’re not going to get the deserved results.

But the voice of the transit announcements is a relatively small issue compared to other sound crises that we face as a society. So I’m willing to give the city a break when it comes to the choice of Seth Rogen. This is primarily because we’ve received news that the city has just completed an extensive public outreach and data-gathering campaign. In a matter of a couple months, Vancouver has created a set of billions of data points regarding public perception on sound. These data points have been cross-referenced with data from Google, AskJeeves, AOL, Altavista, as well as the complete archives of all major Vancouver area news sources. Further, DNA data from ancestry.com has been utilized. However, the exact purpose of the DNA data is on a need-to-know basis. Frankly, as long it’s a means to an end, then I for one do not need to know.

The city’s efforts have resulted in the creation of the finest comprehensive collection of quantitative and qualitative data the world has ever seen. Data experts at Amazon, Uber, General Electric, and other top technology companies have resigned from their positions out of utter humiliation. The International Space Station is being brought back down to Earth (literally and figuratively) so that NASA and it’s international partners can spend two years in Vancouver learning from the data strategies of this project. The International Space Station program can only resume once Vancouver’s data scientists unanimously approve of NASA’s proficiency.

How has this triumph of big data been achieved by a simple municipal workforce in such a short period of time? You may believe it has something to do with nanotechnology, supercomputers, and one hell of a fibre optic internet plan. The answer is, yes, it has something to do with that. But, in all actuality, the majority of this project’s success comes from some old-fashioned, albeit very aggressive, public engagement tactics.

A mixed method approach was used to gain knowledge on the public’s perception of noise in Vancouver. Residents were asked to rank four hundred common urban noises on a scale from 1 to 10. 1 being least unpleasant and 10 being most unpleasant. Then, groups of twenty were put in a white room in the basement of a community centre with two folding chairs in the corner and a neighbourhood asset map from 2002 on the wall. The participants were then subjected to a variety of noises and asked to communicate their feelings toward the sound through dance. The same activity was then repeated except this time the participants documented their reactions by painting expressionist self-portraits. These will be displayed at the Vancouver Art Gallery from November 2nd through December 15th. Admission: $65

One of the more innovative approaches for this project involved neuroscientists from the University of British Columbia. Participants were connected to an EEG monitor and were played a series of noises. The neuroscientists examined each participant’s brain activity to indicate whether there were negative unconscious responses to any particular sound. Scientists discovered that 90% of people who had previously claimed to enjoy the sound of seagulls actually had a negative neural response to that sound. The remaining 10% were transported to a mental facility for further monitoring.

Finally, the city has placed over 100,000 microphones around the city that will be recording their surroundings 24/7. This will help the newly appointed city sound engineers to study and critique how the sound of the city changes through time. It’s a crucial component of the city’s efforts so far as it will be the best way of measuring the success of the forthcoming policies. In addition, an unspecified number of microphones were placed in the homes of Vancouver residents who meet a particular set of unspecified criteria.

All of this has brought us to the point where the city is now identifying potential policies and strategies to remove undesirable noise from Vancouver. Here is a list of the primary proposals:

This first wave of policies will put Vancouver in a position to one day have the highest sonic quality of any city in the world. But, as is always the case, there is more work to be done. Public input on the specific policies listed above will be gathered at an event at city hall on Monday, October 15th from 8:00AM to 9:30AM. As a gift, a single graham cracker will be given to each person as they leave the meeting.