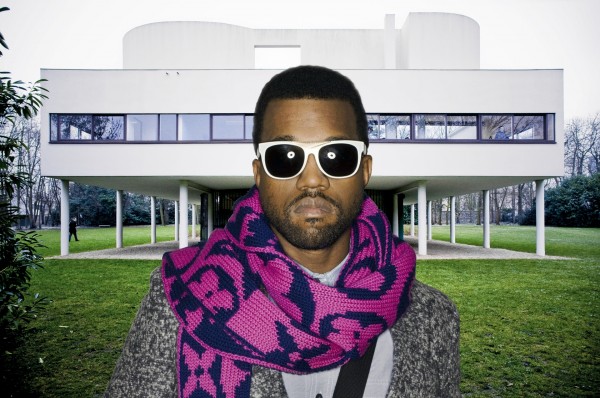 Has the ‘starchitect’ shifted from the architect becoming a star to the star becoming an architect? Kanye West has revealed his desire to delve into the world of architecture, detailing his frustrations about not being taken seriously as a designer during a recent interview with BBC Radio 1. And while this may seem slightly humourous at first, it raises important questions about how society views architecture and the architect. With the rise of the notion of the “starchitect” and the often held public belief that fame equates to good design, does architecture raise the risk of becoming fully commercialized or branded? Have we moved past the idea of architectural styles to architectural personalities? Would you buy a unit in Kanye Kondo? Maybe you have already stayed in Trump Tower.

This idea of star power meets architectural form is not new (ahem… Brad Pitt and Prince Charles…) but perhaps in our attempts to make architecture and the architect more accessible and visible to the public we have created a superstar, rather than an honest representation of who the architect really is, or what they actually do.

Yes, Kanye, I too went into architecture to “make things as dope as possible.”

For more on Kanye’s architectural inspirations and aspirations, check out Architizer’s article on his latest album’s references to Le Corbusier and why Kanye’s ideas may actually be beneficial to the discourse on architectural collaboration and cross-disciplinary approaches to design.