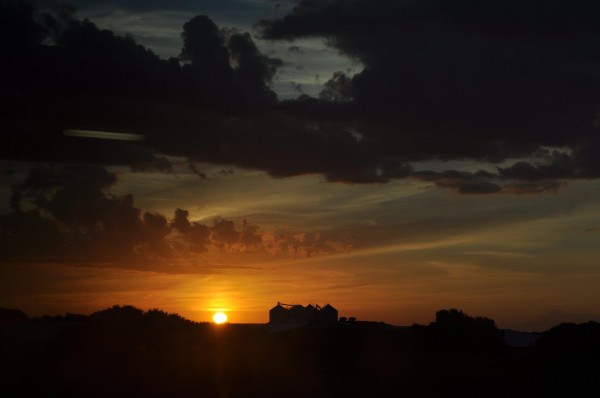 As a little girl, my Dad used to take my little sister and I for long walks in the river valley that winds through Amiskwacî (the nêhiyawêwin [Plains Cree] name for the Beaver Hills, which the city of Edmonton rests within). On these walks, he would narrate every twist and turn of the valley paths with stories about the city’s layered history. The places where clapboard homes once stood. The points where coal seams had been mined, left cavernous and empty for the earth to swallow up again. He told me stories of where the old women — kohkoms (grandmothers) and aunties — used to pick misâskwatômina (Saskatoon berries) along what was then known as Keillor Road.

But my favourite part of these walks was when we would descend into the river valley and the rush of cars — the horns, engines and tires— would disappear into nothing. Sitting there, next to the sîpîy (river), all I could hear was the water rushing by on its grand journey from the Rocky Mountains to Lake Winnipeg. My Dad would narrate these sounds, explaining the namewak (sturgeon) swimming by below the North Saskatchewan’s waters, the grasses and shrubs that grew at the water’s edge. Sometimes in the spring we would hear the frogs on the river’s banks singing raucously into the city’s inky black night.

In the winter, my Dad would take my sister and I to Christmas parties and round dances organized Indigenous students at the University of Alberta, where he was pursuing his Bachelor of Fine Arts. One summer he took us to mânitow sâkahikanihk (Lac St Anne) for the annual pilgrimage. Sometimes on Sundays we would attend Sacred Heart Church downtown on 96th Street with our cousins, where the Scottish priest would crack jokes and sweetgrass burned instead of incense. Growing up Métis in the city, the sounds of fiddles and drums, laughter, my mom’s piano music, and the harmony of our old beat-up Ford F-150’s tires rolling along miles and miles of city streets and prairie highways were the soundtrack to my life. As a little red-headed Métis kid, it never occurred to me that the city could sound different to anyone else.

As an adult, the quiet of the river was my refuge. I would slip out of rowdy bar-ridden streets to escape the cat-calls and shouts of strangers to glide along on foot or bike next to the river’s calming waters and soothing sounds. Now, as a nomad flung far away, I still harken back to memories of the river’s soundscapes to soothe frazzled nerves. It was not until I moved away that I realized the sounds of Amiskwacî are part of my own birthright — and this soundscape is itself a powerful site through which to challenge contemporary understandings of what makes a city live.

In December 2012, I burst into tears while watching a video that local activist Paula Kirman had uploaded to YouTube of a flash mob round-dance at the model of Columbus’ Santa Maria ship in the middle of Phase 3 of the world famous West Edmonton Mall. Tears welled up and flowed down my face as I watched the commercial space fill with the sounds of drumming and singing. My heart ached to be there with the other Idle No More activists. Despite the homesickness rising into my throat as I replayed her video again and again, I felt an incredible joy at seeing The Mall, the Great Mall, transformed by Indigenous bodies dancing within its marble walls. For me, the sounds of Indigenous music, language and drumming soaring high up into the mall’s glass ceiling was a revelation: decolonization of our cities is not merely a physical endeavor, but also an aural one.

Soundscapes are powerful tools through which to assert Indigenous identity, stories and self-determination in urban spaces across Canada. The sounds of drums echoing up towards the sky in Edmonton’s malls, the joy of Métis fiddle reels bouncing through a city park: these interventions disrupt the cacophony of cars, industrial machinery and commercial radio that flood our streets. Sound is one mode through which we can reclaim and make ‘citizen spaces’ that truly reflect the depth and nuance of our histories, politics, culture and voice as urban peoples.

The next time I’m back home, you’ll be sure to find me singing joyously at the river’s edge, thanking it for anchoring the harmonies of my city.

All nêhiyawêwin (Plains Cree) words are from The Online Cree Dictionary (creedictionary.com)

The nêhiyawêwin name for Lac St Anne was verified using this website: http://lacsteannemetis.com