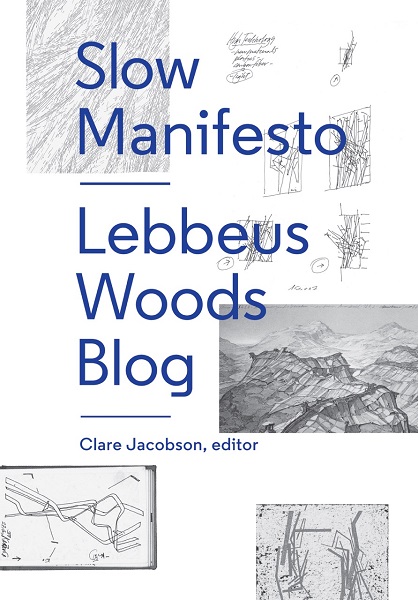 “The purposes of this website are several – to provide access to my projects and writings that are not published elsewhere, to provide a means of publishing new works in a form increasingly available to all possibly interested in them, and to create a forum for discussing the issues and ideas raised by this work. The present moment is lacking architecture discourse, generally. In particular, there is an absence of criticism of works and ideas, and that – at a time of critical changes of every kind – is not good enough.”

Lebbeus Woods, from his introductory blog

In Italo Calvino’s Invisible Cities, a fictitious narrative told by Marco Polo, the explorer recounts his visits to fantastical cities that defy description, despite his best efforts to try and summon them in our mind’s eye. The architecture of these cities could be one way to describe the work of the late Lebbeus Woods, especially so for his writing on architecture. What most may not realize, is that, for the last five years of his life, he posted regularly to his own WordPress blog space at www.lebbeuswoods.net. The site remains active to this day, with all the original posts.

Slow Manifesto | Lebbeus Woods Blog, a new book featuring a selected number of posts from his blog published by Princeton Architectural Press and edited by Clare Jacobson, provides a fitting last testament for this great mind that we lost in 2012. While the editor admits to not having followed the blog while Woods was alive, despite having edited several of his books, the 300 plus entries he made between 2007 and 2012 provide more than enough material. As such, 150 selected by Jacobson, also a friend of the late architect and artist, provide his musings on an astonishing range of topics—from the state of architectural criticism to his thoughts on the activities of his contemporary starchitects.

Mr. Woods is, of course, more known for what he never built, and for what he said about it afterwards. His reconstruction sketches of Sarajevo, done while he was covering the conflict there in 1993, are perhaps his most compelling work, and are in the book represented in a blog post called ‘The Reality of Theory.’ As he himself says in the post, “My answer was that architecture, as a social and primarily constructive act, could heal the wounds by creating entirely new types of space in the city.” That he is fighting the good fight for architecture is the recurring theme in the book, whether he is commenting on the housing crash in 2008 in ‘Bad Faith,’ or recalling his then new vision for the World Trade Centre site in the ‘Locus of Memory.’

Despite the omission of the blogosphere’s commentary from the book, which the editor understandably had to cut for its sheer volume, the day-to-day elocutions of Mr. Woods are nothing short of miraculous—an architectural equivalent to Zarathustra (and he tips his hat to Nietzsche early in one of his musings). They are concise in their brevity – each about a page in length – hitting the nail squarely on the head, whether he is taking care of business talking about the corporatization of architecture in the US, or deliberating on a series of drawings he pulled from his archives, reflecting on the long contemplation to conclude their creative arc.

There are also unabashed and unapologetic blogs here, as one would expect, with a ten year observation post-911 in which he expresses his disappointment with Daniel Libeskind’s unbuilt scheme for the World Trade Centre site, along with SOM‘s tower that was actually built. As a resident of New York, he wrote on the multiple associations between the destruction he witnessed in Sarajevo with the devastation of 911, and for this—and other reasons—many of his blogs look at the relationship between war and architecture.

But as heavy as he can be, there are also whimsical moments, including a short essay on the sidewalks of New York called ‘Common Ground,’ in which he lovingly describes the details of their patina, including their black gum spots. He riffs on podium-towers in ‘Tower Space’ and box stores in ‘Dumb Boxes.’ The blog is as well a personal confessional for him, as in ‘Why I Became an Architect,’ along with his admittance that his practice for ten years took place on a space of ten by fifteen centimeters, i.e. his sketchbook. The resultant, of course, must constitute a small city itself, and some of the pages from his notebooks are presented here in Slow Manifesto.

In the blog for which the book is titled, he is at his most poetic and Zarathustra-like, as though shouting it from a mountaintop, with a language that could be used to describe one of this drawings: “The new city demands an architecture writhing, twisted, rising, and pinioned to the uncertain moment, but not martyred or sentimental, or pathetic, the coldness of its surface resisting all comfort.” Each proposition for what architecture should do in his narrative becomes more fantastic than the previous, much like Marco Polo’s descriptions of the cities he’s visited in Invisible Cities.

Other highlights include his ‘Architecture School’ series, along with an essay on the release of Ai Weiwei, and one on Einstein’s passing in which he proposes a commemorative satellite and cenotaph, à la Boullee, to orbit the earth.

In ‘Haunted’ he discusses the death of the modern American Dream, musing on a photographers’ depiction of such common spaces as gas stations and convenience stores in unflattering light: “These are not places where we like to be. Yet they are here, ostensibly for us. They are intended to welcome us yet they do not. We enter these places reluctantly, only from necessity. Then we leave as quickly as possible.”

If there is one criticism of the book, it is that it should have devoted as much space to his visual work (i.e. his sketches) in addition to his writing,  There are only a few pages that do not have text on them, and while the point of the book is to provide a sampling of his blog (which is also available for free on the internet), it does the book a small disservice to not have more than a handful of small black and white reproductions of his sketches, especially as they were so integral to his architectural practice. Other than this and the already mentioned absence of the commentary, the book is flawless.

With an introduction by architectural critic Christopher Hawthorne, who notes “writing was a way for Woods to fill what he saw as a significant vacuum in architecture criticism,” Clare Jacobson has done an honourable job of presenting the architect’s final thoughts, noting that there will never again be one quite like him. As he himself points out time and again in his blog, now more than ever we need clear-headed thinkers to riff on our built environments, lest those same voices are overpowered by the roar of our information age.

His voice, among the chatter of the web to provide the catalyst for discussing  what our cities should and could be, is already sadly missed, and while this voice in the internet ether may have been silenced, Slow Manifesto provides us with an inspirational call-to-arms for architects, planners, and academics to make sure we keep prodding at the conventional and banish complacency. Thank you Mr. Woods!