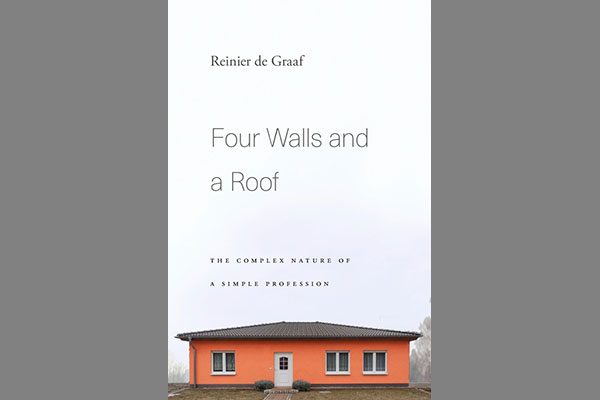 Architecture is a strange discipline, full of contradictions: it is at once simple and complex, ordinary and extraordinary. On the one hand, anybody can ‘design’ and construct a habitable structure. On the other hand, it is a field of professionals, heavily trained and educated to mediate between the many intricate environmental, political, economic and, dare I say, aesthetic factors that shape the contemporary built world. Everything from your typical DIY garden shed bought at the local hardware store to the most cutting edge towers and cultural buildings speak to this odd reality. This makes architecture a bizarre and perplexing field to meaningfully describe, let alone practice.

However, practice brings its own form of clarity about the nature of architecture. And with the right dose of critical reflection, practitioners have the ability to truly give insight into the inherent consistencies and contradictions of the field, situating these meaningfully within the larger context of forces that are affecting the constructed world. Having this communicated to others, however, is exceedingly rare since most practitioners do not write, and if they do, it is often through largely academic prose. This is where Reinier de Graaf’s Four Walls and a Roof: The Complex Nature of a Simple Profession stands out. Not only as a series of “snapshots of a world usually invisible to outsiders”, but also as a refreshingly accessible, honest portrayal of a quixotic field from someone within the most successful architecture firms in the world today—The Office of Metropolitan Architecture (OMA).

Alongside the well-known Rem Koolhaas, De Graaf is one of nine OMA Partners that manage a fleet of projects around the world.  His particular projects span Europe, Russia and the Middle East, and many of the pieces within Four Walls speak to his direct experiences, wrestling—sometimes unsuccessfully—with projects within these countries.

The book itself is a compilation of essays, only half of which were written specifically for the publication. The rest are available out in the world—many online—in places such as the Huffington Post and Dezeen. This being the case, the relationship between pieces is not deliberate in the strictest sense. Instead, their power lies in their somewhat accidental sequencing. However, the book does gather the essays into seven broad themes. commonly discussed within the architecture profession—Authority, Default by Design, Found Causes, Trial and Error, Powers That Be, Megalopoli(tic)s, and Progress.  As described by de Graaf, these topics refer to the profession’s:

“….presumed authority (Part I), its reliance on individual inspiration (Part II), its commitment to good causes (Part III), its control of its own professional practices (Part IV), its independence from external powers (Part V), its mastery of the large scale (Part VI), and finally, its unrelenting devotion to progress (Part VII).”

A great diversity of heavy topics as one can see, and de Graaf does well to tackle them tenaciously head on: making the book a wonderfully insightful pinball game of anecdotal tales, from the comedic to the tragic, from quick and witty to long and dry, cynical to hopeful. All of which, in aggregate, amount to one of the most intelligent, candid discussions on architecture I have read to-date. Thus, Four Walls and a Roof offers an entertaining, penetrating, and much needed primer on the current state of the profession and the contemporary global forces influencing the built environment….a must-read list for architects, planners and urban designers, alike.

For more information on Four Walls and a Roof: The Complex Nature of a Simple Profession visit the Harvard University Press website. And to get a sample of de Graaf’s writing, here are a couple of my favourite outside pieces that are all included within the book: