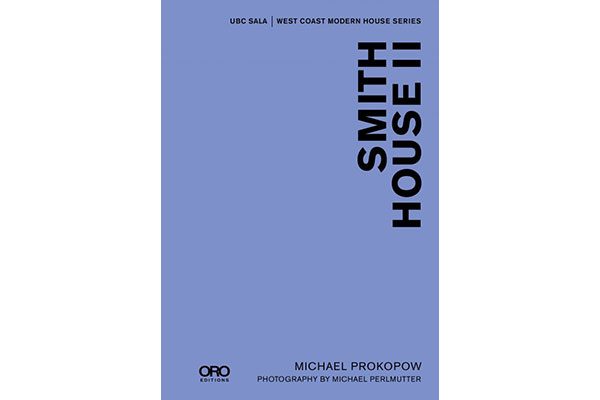 The design of a house is for me a resolution between the needs of a family and the demands of a site. The relationship between building and site should be so intimate and inter-dependent that a dialogue seems to be established between the two – or a play of counterpoint between land shape and responding building form.

The house should, by its presence, create something more than what was there to begin with: it should add to, not detract from the original beauty of the site. There should be no back or side or front, no less attractive aspect of the house but all parts having equally vital a relationship with the site.

In the canon of modern domestic architecture, the Smith House II ranks in the upper echelon, along with the likes of Mies van der Rohe’s Farnsworth House and Philip Johnson’s Glass House. As revolutionary as those precedents were for their time, the Smith House II set the bar high in 1960’s Vancouver, with Arthur Erickson standing on the shoulders of B.C. Binning and Ron Thom, and certainly as more and more West Coast Modern homes continued to appear on the cliffs between the forested mountains of the Pacific northwest and the sea.

As the second house built for Marion and Gordon Smith, the span of ten years between the two houses also represents several high watermark moments in the architect’s life—winning the commission for SFU with Geoffrey Massey, a teaching position at the UBC architecture school, purchasing the property of his future home in Point Grey, receiving a Canada Council grant to do research in Japan, and meeting his lifelong partner Francisco Kripacz.

In addition, at the halfway point between the two Smith houses, Erickson designed the much lauded Filberg house—dubbed in a 1961 issue of Canadian Homes as the most fabulous house in Canada—and whose preservation set the bar high for the current crusade to save and restore the many West Coast Modern houses currently falling victim to the wrecking ball. As has been said already in previous reviews of the UBC SALA/West Coast Modern House Series book series, the importance of this effort to save these houses before they are gone is the reason for this eight volume set from UBC SALA. Most unfortunate is the reality that while the Smith and Filberg houses may be saved, there are many others that will be lost if the general public is not made more aware of their value and importance.

This was clearly evident this past May at the Smith House II book launch, again generously hosted by Nancy and Niels Bendtsen at their Inform Interiors in Gastown, where similar to past launches it was a standing room only affair. Present were many of Vancouver’s architectural community, who turned out to hear author and OCAD professor Michael Prokopow’s experience, not just of being asked to write the book on the Smith’s home, but of conversations with the house’s architect while he was still alive.

Recalling a time when Arthur instructed him to get down on the ground to look at the details of a rain puddle, Prokopow used this as a springboard to talk about his unique eye, and how important it was for him to see the world from a multitude of perspective’s, whether a worm’s eye or a bird’s eye view. Such was the attention that the architect would’ve first experienced at the site Gordon and Marion chose for their second home, with its awe inspiring view of the coast and sea that would set the architect’s hand in motion. The floor plans and sections of the house are undeniably some of Erickson’s finest design work, ingenious in his ability to resolve the expectations of the client with the demands of the site.

And while both Prokopow and others attest to the undeniable influence that Japanese architecture would have had on him at the time he designed it, returning as he just had from the country, there is something even more primal in the Smith House II, something that is more in kinship with First Nation’s architecture than Japanese architecture: as if the house had just spiraled up and out of the rock the house sits upon, its footings emulating the gnarling roots of the trees lashed to the rocky coastline.

For as much as the material expression of the heavy lintels on the timber posts take their cue from the Japanese Torii, this element is just as much a part of Musqueam, Squamish and Tsleil-Waututh architecture, and would be most evident in the dialogue Erickson later created between the indigenous and modern architecture of his Museum of Anthropology (1971). In the case of the Smith House II, the house’s presence on the site leaves one to marvel how there was ever a time when the house didn’t exist, being as integral a part of the landscape as it has now become.

This time with a book cover of periwinkle blue courtesy of book designer Pablo Mandel, these colourful books from the UBC SALA editorial team of Leslie Van Duzer, Sherry McKay, and Chris Macdonald continue to be an inspiring monograph on the local phenomenon otherwise known as the West Coast modern house, and this book—like the six before it—is a must have for any architect’s library. With a foreword by Douglas Coupland (also to be the author of the eighth and final book in the series), the photography by Michael Perlmutter provides a complimentary counterpoint to Prokopow’s text, with fine line drawings by Lŏrinc Vass.