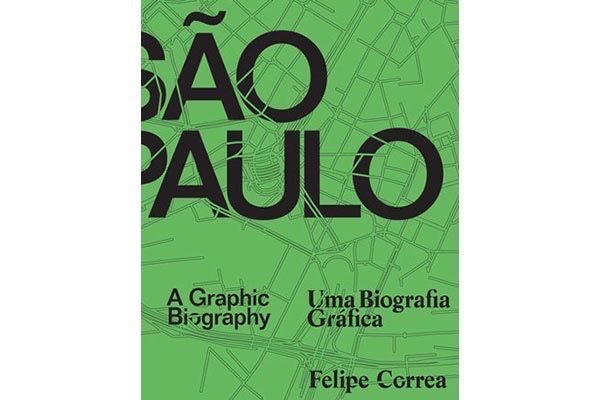 Clocking in at roughly 12.2 million people, the Brazilian city of Sao Paulo is the largest metropolis in South America and the 12th most populous on the planet. Including its perimeter urbanized areas increases its population to over 30 million—just shy of the entire population of Canada—a distinction worthy of the new title, São Paulo Macrometropolis (a.k.a.  Expanded Metropolitan Complex). Sao Paulo is also a powerful global economic engine with the largest Gross Domestic Product in the Southern Hemisphere. But, like many similar cities around the world, it’s many successes have met with equally significant challenges—from growing traffic and crime to increasing economic disparity and an expanding, amorphous built environment.

All things considered, one is hard-pressed to argue against the fact that this is a twenty-first-century city worth careful analysis. And there is no better person to take the lead on this than New York-based architect and professor Felipe Correa, who continues to patiently expand his list of excellent books focused on South American urbanism—like the wonderful A Line in the Andes—with Sao Paulo: A Graphic Biography/Uma Biografia Gráfica.

Insofar that Sao Paola embodies many of the challenges associated with rapidly densifying contemporary cities, the book can also be considered a general guide to how the built environment—and empowering ordinary people within it—can help provide solutions to many of the ‘wicked problems’ cities face today.  It also advocates for an interdisciplinary approach that engages the city across multiple scales and time: an approach that exposes often hidden relationships between various system that create the city.

The book is is organized around five sections—Sao Paula: Models of Urban Growth, Collective Living in South America, Mobility Infrastructure: Driver of the Urban Project, Urban Plan and Visions of Sao Paulo, and An Evolutionary Plan: Connecting the City and the River—each of which is structured around two elements—an introductory write-up and a graphic section that includes a mesmerizing diversity of archival and original imagery, analytical maps, drawings and representations.

Taking up roughly half of the publication, Sao Paulo: Models of Urban Growth is the lengthiest section of the book. It is divided into fifteen subsections, seven of which are interesting interdisciplinary essays contributed by a variety of practitioners and academics. The other half builds a provocative “graphic biography of the city,” visualizing different processes that have shaped Sao Paulo over the twentieth century.

The processes highlighted are alluded to in their titles—City of Ridges and Valleys (looking at how water a hydrology affected the city), City of Citadels (focusing on the city’s urban grid), City of Points (highlighting the evolution of built form towards a vertical city), City of Spreads and Densities (concentrating on mobility infrastructure and its impacts over time), City of Voids (focusing on the city’s open spaces), City of Collective Living (where a selection of the city’s innovative market and non-market multifamily residential projects are described), City of Warehouses (focusing on industrial growth) and City of Layered Economies (highlighting the recent growth of commercial, institutional and cultural services that are currently shaping the city). Taken as a whole, these informative pieces are intended to build a comprehensive picture of the city’s evolution across scale and time, and introduce some of the opportunities and challenges faced by the city.

Following this far-reaching depiction of Sao Paulo’s recent urban history is the books second section, Collective Living in South America. Where City of Collective Living described above looked at inventive models of multi-unit domestic living within the city itself,  this section takes a larger scale perspective, bringing together a rich set of the ten canonical collective housing projects from around the continent. These diverse experimental works include market and non-market housing and are mainly described graphically using drawings. The section ends with a larger graphic timeline of significant collective living projects around South America and speaks well to the strong, yet often underplayed, legacy of urban housing projects there within the past century.

The architectural focus of the above section is complemented by Mobility Infrastructure: Driver of the Urban Project that sets its gaze globally to document how other cities around the world have used mobility infrastructure investments as a means of structuring, grounding and integrating meaningful urban projects. Focusing on seven projects—including such as Turin’s Porta Susa TGV Station, and New York’s iconic Grand Central Station—this section does well to highlight how wise decision-making around mobility systems can lead to enduring, civically meaningful, and aesthetically pleasing infrastructural solutions that contribute to urban life: lessons that can be learned from Sao Paola as it updates its mobility networks, but also other cities in similar situations.

As the title suggests Urban Plan and Visions of Sao Paulo explores Sao Paulo’s archival material to compile a concise inventory of thirteen built and proposed projects that have shaped the city’s urban discourse. They are present in chronological order—starting with the 1880 proposal for viaduct connecting the Sé district of Sao Paulo and the Praca da Republica and ending with the 2013 theoretical proposal for A New Modern Art Museum by Angelo Bucci/SPBR Arquitetos—opening with a graphic timeline of twentieth and early twenty-first century projects for Sao Paulo.

The book fittingly ends with An Evolutionary Plan: Connecting the City and the River that summarizes several of the challenges currently facing Sao Paulo and, building on the earlier content within the book, speaks to four design opportunities for the Arco Tiete area of the city: a 40 sq.km. post-industrial landmass located between the Tiete River and Sao Paulo’s main rail line.  As with the rest of the book, the section is dominated by beautiful representations that speak to multi-scalar concerns over time.

It is worth noting that, similar to A Line in the Andes before it, the Sao Paulo is bilingual—written for both English and Portuguese audiences. As such, one need not fear the book’s large 9.25” x 11.5” frame, as it’s quite an easy read, especially given how graphic-heavy it is.

Overall, Sao Paulo: A Graphic Biography/Uma Biografia Gráfica is an exceptional addition to Correa’s growing list of publications and an exemplar of urban analysis and graphic communication. Although its focus is on a single city and aspects that can help it evolve meaningfully into the future, its lessons are applicable well beyond the boundaries of Sao Paulo to other contemporary cities that suffer from many of the same challenges—from outdated mono-functional infrastructure to derelict post-industrial lands ready for reenvisioning.

Ultimately, however, it shows the power and necessity of multi-scalar thinking across time and discipline, as a means of understanding urban dynamics. And one can only hope that it will inspire others to make similar contributions for their respective cities.