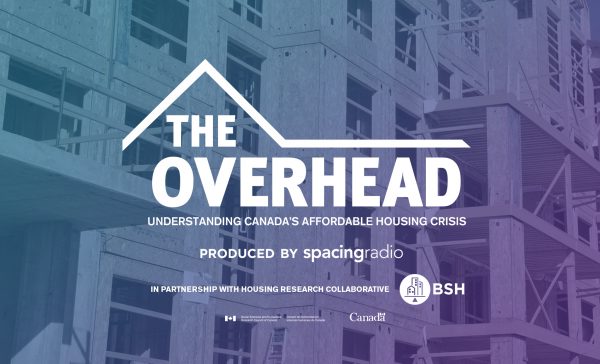 THIS EPISODE: Bringing balance to the housing crisis

Housing affordability and homelessness in Canada is a national disaster. And while there are many solutions proposed, the crisis likely requires a complete, holistic approach goes beyond just supply. That’s the mission of the Balanced Supply of Housing research node, led by Principal Investigator Penny Gurstein. In this episode, we will meet some of the people working with the BSH, and ask them what they’re doing to further the cause of a decent housing for all.

Marika Albert and Andrés Peñaloza, for example, provide policy for the BC Non-Profit Housing Association. As Marika says, non-market housing has been de-prioritized for decades:

“In the late ’80s/early ’90s, we saw a shift at the Federal level where, essentially, investment in social housing programming pretty much came to a grinding halt. And we didn’t see investment really at the level that we needed to keep up with population and changing demographics. And so what we’re seeing now is a need to catch up.”

And McGill University’s Nik Luka has both a short term fix for increasing housing supply, by changing restrictive building codes which discourage certain housing types from getting built, as well as tackling restrictive zoning laws in many cities’ so-called “stable neighbourhoods.”

“There’s been such a cultural normalization of single-detached housing as a desirable and stable and good way in which we should be in the world, that there’s fear that, if we open up these fabrics, these neighbourhoods, these contexts, everything will go to hell in a handbag.”

How do we bring balance to a traditionally turbulent market? How do we make sure everyone has a roof over their head?

Listen here for The Overhead:

Spacing Radio · The Overhead: Bringing balance to the housing crisis