The Tower Neighbourhood Renewal plan (aka Mayor’s Tower Renewal) is an ambitious initiative with great potential to increase the quality of life of residents across the city through the combination of best practices in building retrofitting and neighbourhood revitalization. Despite recent overtures by the mayor-elect’s transition team hinting at its perilous future, the program’s momentum continues to slowly gather.

Last Monday, the University of Toronto Cities Centre held a symposium to convene academics, architects, planners, engineers, community organizers, artists, students, and politicians to discuss the future of Tower Neighbourhood Renewal and exchange ideas. The symposium attempted to benchmark work done to date, identify gaps that need to be filled to move forward, and re-energize the conversation around the Tower Neighbourhood Renewal plan.

At the heart of Tower Neighbourhood Renewal is a combination of actions to renew Toronto’s stock of apartment towers, which include: re-skinning buildings to increase energy efficiency, infilling open space around towers with new community services and housing to meet evolving demands, enabling better walkability and transit service, improving the quality and function of open spaces, introducing community food programs, and engaging the community in this renewal process. With such a large mandate, Tower Neighbourhood Renewal is an exemplary initiative that showcases the cross–disciplinary collaboration needed to achieve a more sustainable Toronto. 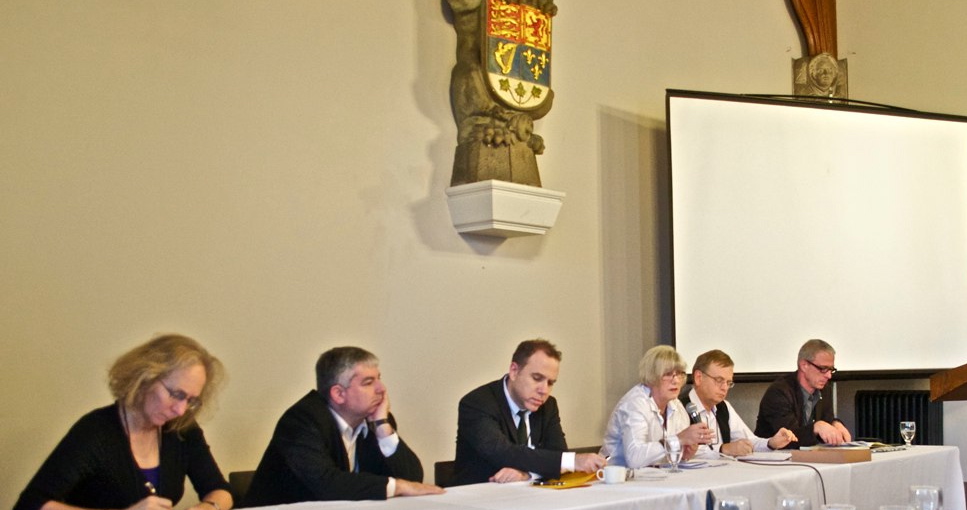 The plan is rare in its inclusive nature, and has the potential to have a positive effect on every ward in the city. As councillor Shelley Carroll noted at the Cities Centre symposium, “when Tower Renewal was first introduced, councillors paid attention because it is a plan relevant to all wards.” Despite the tone of the recent election, Carroll remains confident that the emotional investment from council towards Tower Neighbourhood Renewal is still present.

Toronto’s apartment towers are unique in North America in that they are quite prevalent throughout the suburbs, not just in the downtown core. Many of these towers, which comprise  half of the rental housing stock in Toronto, were originally built for a young urban population during a period of growth in the ’60s and ’70s, and now house many families and newcomers to the city.

These ubiquitous towers are now posing a unique problem as they reach the end of their life cycles, and are in need of substantial retrofitting to remain functional and serve their communities. Many towers consume more energy on a per square metre basis than a typical single-family home. It is estimated that it would cost roughly $56 billion to demolish and rebuild all the towers with new housing stock. Tower Neighbourhood Renewal relies on keeping the assets we already have, and saving money retrofitting instead of starting from scratch. The concept of building reuse is one that we’re still getting used to in North America, but which is common practice elsewhere in the world. 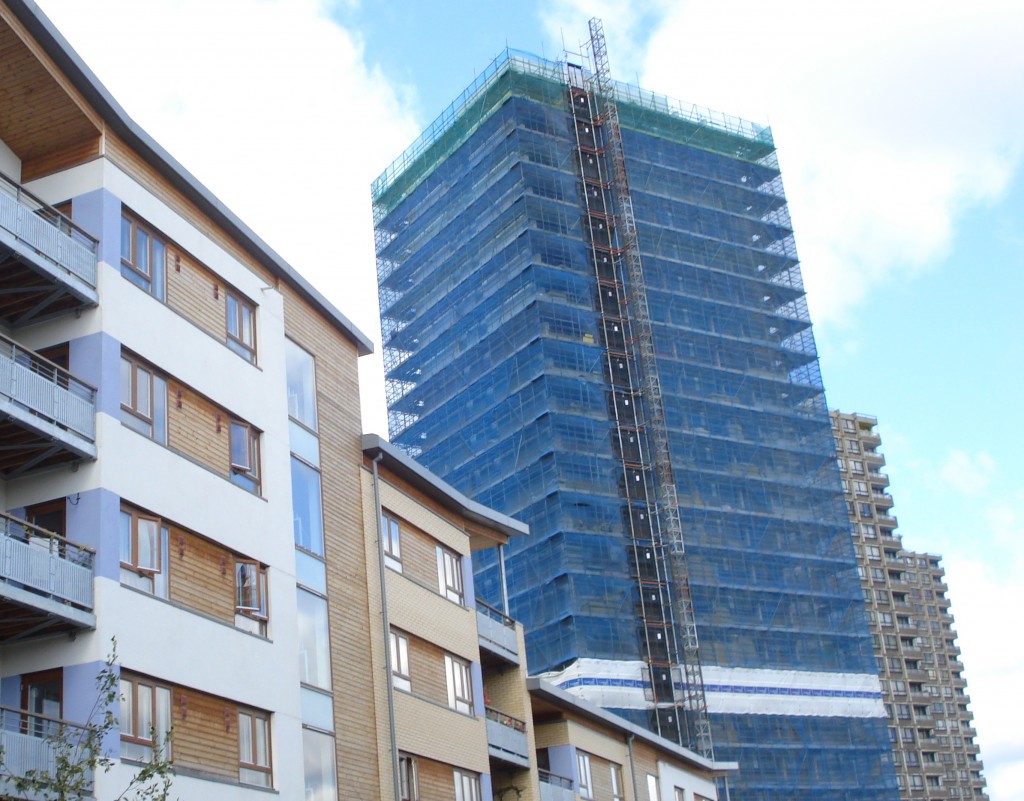 Tower Neighbourhood Renewal also has the potential to have an enormous economic impact for the city. Eleanor McAteer, project director of the Tower Renewal Office for the City of Toronto, estimated in her presentation that if all towers in the city were upgraded, it would create upwards of 30,000 jobs in Toronto. The City currently has four pilot Tower Neighbourhood Renewal sites, however these pilot sites have only been used to collect raw data, and there has yet to be any groundbreaking.

For such a strong plan, why has Tower Neighbourhod Renewal been slow to take off? The delay in action is the result of a few factors. To start, energy prices are not yet high enough to make serious retrofits in these aging towers an attractive investment. Another issue is that despite many towers being clustered around the city in groups of four or more, many of the adjacent towers are individually owned, and the cost to undertake the Tower Neighbourhood Renewal process is a large risk and financial commitment for an individual owner. For Tower Neighbourhood Renewal to work, a collective approach will need to be taken. Lastly, many towers and the large open spaces around them (lands on which towers sit are often 90% open space) are zoned as residential, and it is impossible infill the areas around the towers with amenities that could benefit the neighbourhood, such as urban agriculture, community services, and retail.

Despite the slow start, the symposium showed that the plan is maturing and people are taking notice. Kat Cizek, an award-winning documentary filmmaker, has been working on a project called Highrise: 1000th Tower and Out of my Window, which examines the lives of people living in Toronto’s residential apartment towers through their pictures and stories. Projects like the East Scarborough Storefront and the Walkability Studies are being used as inputs for potential community development using Tower Neighbourhood Renewal.

Even the Province has taken notice of the plan’s potential, and has commissioned ERA Architects, planningAlliance, and Cities Centre to go beyond Toronto and look at the stock of apartment towers from a regional perspective. They are examining the alignment between Tower Neigbourhood Renewal and provincial plans like The Big Move, Breaking the Cycle, Go Green, and Places to Grow, to understand the possibility for province-wide benefit of a tower renewal program. This report, Tower Neighbourhood Renewal in the Greater Golden Horseshoe, will be released later this month.

The Cities Centre’s symposium was the first of what will hopefully be many to continue the conversation and act as a catalyst to move the plan forward. Tower Neighbourhood Renewal is not a nimble, one-off piece of infrastructure. It is a massive, visionary plan that will require engagement from many stakeholders, not just City staff, and go through many iterations over its lifespan. The magnitude of the Tower Neighbourhood Renewal plan may be the reason it seems that it has been moving slowly, but as with everything of great magnitude, once it gains momentum it becomes difficult to stop.

Special thanks to Kathryn Grond and Graeme Stewart for contributing content