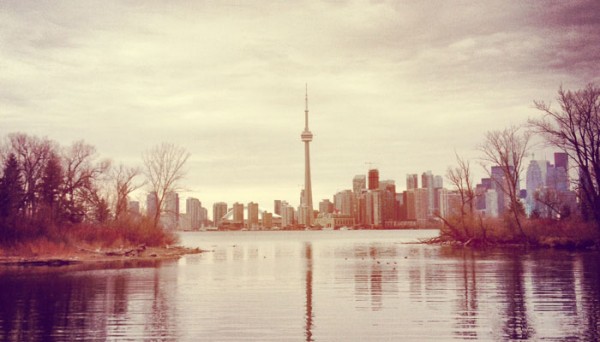 This past Tuesday night, I joined a packed house at CSI Annex for the latest of Architecture for Humanity Toronto’s Lecture & Symposium Series on the theme of “Thinking Local”.  Moderated by Ian Chodikoff, Director of Farrow Partnership Architects Inc., the panel included Janna Levitt, Partner at Levitt Goodman Architects, Charles Rosenberg, Partner at Hilditch Architect, and Joe Lobko, Partner at DTAH.  This was the second lecture in a series of three, based on ideas of thinking regionally, locally, and globally.

While each panel member approached the question differently, there were some definite themes that ran through the evening’s discussion.  Apart from the obvious of involving the community during the design process, other strategies included collaborations with students and local artist groups, getting angry and trying to solve issues that affect you directly, or a sort of guerrilla design approach.

Throughout all the projects shown, there was a consistent resistance to building or design typologies.  This strengthens a projects ability to be ‘local’ and remain relevant, as Janna Levitt pointed out that, “as people change, cultures change, and society changes, the type changes.”  Buildings that rely too heavily on stereotypes or design fads run the risk of being seen as ‘other’ within a neighbourhood and not integrating into the community.  When speaking about Dixon Hall, a homeless shelter organisation, Charles Rosenberg recounted the preconceptions about shelter design that had been transformed by the end users their firm had engaged with.  The result was a building that truly supported those who used it, and helped it be accepted by the local residents.

During his presentation, Rosenberg quoted Architecture for Humanity’s book, saying “design like you give a damn”, prompting people to approach a problem and “get angry at it.”  When designers and architects become activists for urban and community issues they create innovative and relevant solutions.  He said, “Architecture has to work really hard,” so people need to push the design of buildings and public spaces beyond just their assigned programs.

Much of Joe Lobko’s talk reflected on the advocacy and policy work the firm has been involved in, including issues of public health and walkability.  He believes “solutions are going to come from people in communities,” and related this to various urban agriculture projects around Toronto that were started out of a need and a desire from local residents, including the Black Creek Sustainable Neighbourhood Retrofit Action Plan (SNAP) in the Jane & Finch neighbourhood.  He also spoke about Nick Saul and Community Food Centres Canada, with the notion that, “projects can inspire other projects,” as Saul brings the success and lessons from The Stop to a greater network of food provision centres around the country.

The theme of food was a focus of a few projects during the event.  As mobile food vending in the city is a frequently difficult challenge facing Toronto, Levitt spoke about Market 707, outside the Scadding Court Community Centre, with which they were involved in 2010.  They took the sort of guerilla strategy of, “asking forgiveness rather than permission.”  The food stalls, located in retrofitted shipping containers, are considered part of a ‘program’, rather than revenue generators, which help its vendors more easily obtain permits and licences.  The small market has aided the transformation of the Dundas-Bathurst intersection, as the Community Centre took charge of changing their corner of the city, rather than waiting for City Council to suggest top-down improvements.

For me, what seemed to be the over-arching message of the evening was ‘thinking local’ does not need to just come from the perspective of the designer, architect, or city planner as a way of engaging the community stake-holders in a project, but it also relies on the average citizen to prompt discourse and change.  These are the people that know their communities the best and will be there to help promote and sustain projects at this local level.  Levitt seemed to be heartened that increasingly a great impact can be made with less access or ability needed in order to effect change on a smaller scale.

The next lecture in this series will be held on Tuesday, May 21, 2013, on the theme of “Thinking Global”.