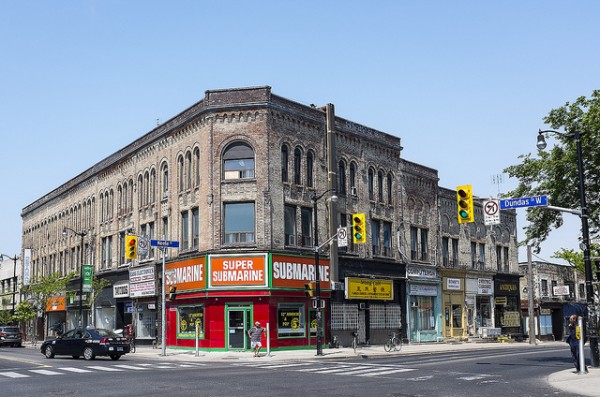 Over the past 14-years, I have had the fortune of being part of many large-scale mixed-use projects spanning North America, the Caribbean and Europe. To me public space is more than parks and squares; it is the entire ground-floor plane of retail, amenities and services that people touch and interact with throughout everyday. At the heart of all of the projects I have been and continue to be involved in is a dynamic, mixed-use “urban village” – the mixed-use environment where retail, restaurants, patio space, and active programming all interact to form the heart of place for a community.

As a city, Toronto is currently too focused on each individual building, but not the ground floor plane and other at-grade spaces beyond the buildings, that are the most important to quality of place. If Toronto put half the effort into activating its incredible vision for city building along its streets and avenues with better pedestrian and retail offerings, we would easily be at the top of every world city ranking as the greatest city to live.

There are countless examples that Toronto can learn from and apply to improve its public spaces. The obvious answers include Paris, London or New York. Yet it is much easier to learn from what is already happening in our own backyards: the programmed and lively Market Square in downtown Guelph, King Street in Dundas,or Burlington’s well articulated lakefront-parks to name a few. Each of these spaces do not seek to overpower the urban form. They instead enhance the urban fabric of the entire city they are in. It doesn’t need to be something big, just something that builds better community.

For me, taking my kids home to Montreal and having an ice cream at Kem Coba on Fairmount Street, where the street is alive with energy and people is a favourite. It’s a simple use, but it creates vibrancy and activity throughout the entire day and in every season.

Love your city. Toronto is only just beginning to tip the iceberg on its number one asset (its people) embracing and using the City to its full potential. My advice: use the city. Use the parks, bike in the lanes, sit in a café, or visit a patio. By supporting the city and using it, you will put more pressure on the City to continue to make it better. So get out and use the public spaces of one of the best cities in the world.

As a Partner and Principal of LiveWorkLearnPlay (LWLP) Rob has more than 14 years of hands-on experience in mixed-use development. Prior to joining LWLP, Rob spent five years with Intrawest Corporation where he led an international targeted leasing team that curated a selection of successful independent retailers to bring life and vitality to each development. To date, Rob has helped develop over 50 large-scale projects in North America, Europe, Mexico and the Caribbean and has closed over 300 retail, restaurant and entertainment operator deals.

Rob has been active in the Urban Land Institute (ULI) Toronto District Council since 2007 in various leadership roles. Most recently, he was appointed to the role of Chair of the Advisory Board. Rob also supports the Congress for New Urbanism (CNU) and is regular guest speaker at various other local and nationally recognized organizations on the topic of mixed-use development and successful business strategies that help to create vibrant neighbourhoods and communities.