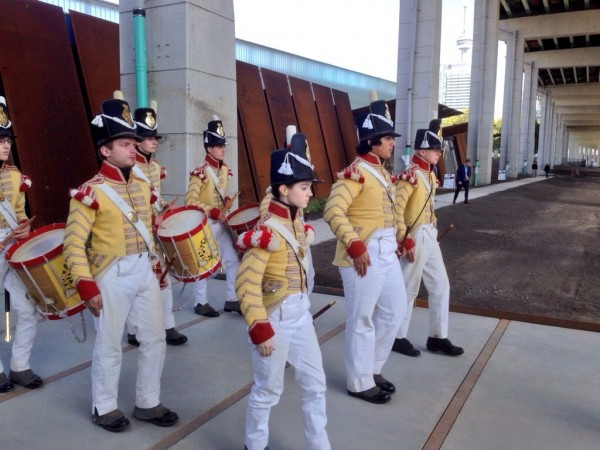 The spring edition of the Friends of Fort York’s quarterly newsletter, Fife and Drum was released recently.  Loads of maps and pictures in this issue, and articles include:

Photo by Shawn Micallef from 2014 opening of the new Fort York Visitor’s Centre.