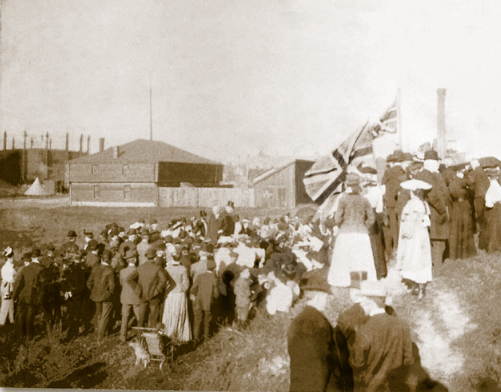 On 7 October 1905 the Ontario Historical Society, alerted by reports in The Globe , convened a large meeting at Fort York to object to threats to the site by commercial interests and the city administration.

The latest edition of Fife and Drum, the quarterly newsletter produced by the Friends of Fort York, was recently released. As always it’s filled with stories about both Fort York and Toronto history. Note: the Friends have recently updated their listserve to deliver Fife and Drum more efficiently. If you were a subscriber but haven’t received issues of late, go here to resubscribe (or subscribe for the first time). It’s easy and free. This issue includes:

You can download a PDF of the current issue here.  Here you’ll also find back issues of Fife and Drum to download.