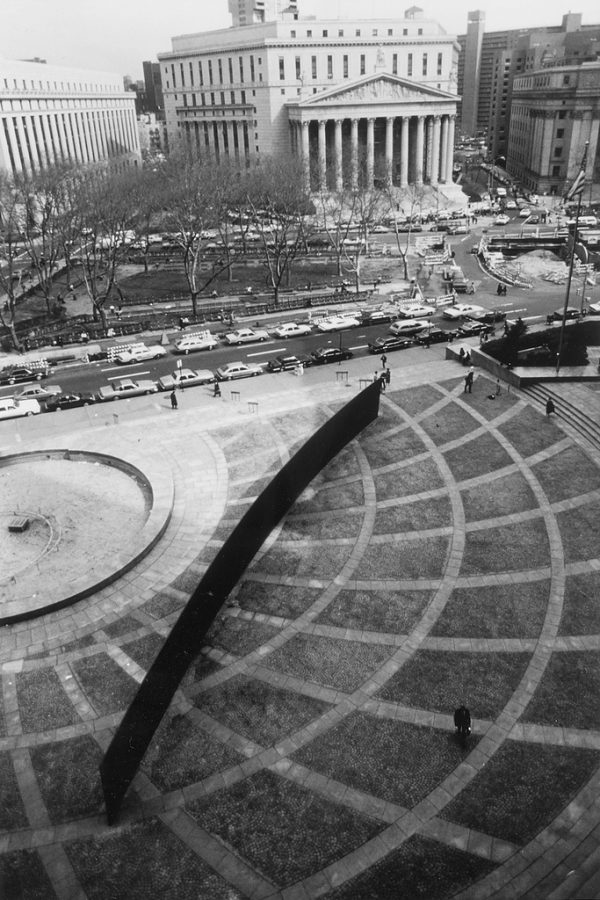 A while ago I was presenting a lecture in a first year course at York University that is intended to introduce the next generation of artists and arts professionals to the complex issues and concerns that they will face in their future careers. The week’s topic was public art, and as I stood in front of the students explaining the connections between Serra’s Titled Arc and what they had all experienced at Nuit Blanche the week before, a hand went up. The student asked me if I could provide a definition of public art as she was having trouble understanding what is considered public art and what is simply art presented in public. As I began to loosely define what we are talking about when we talk about public art, I began to add exceptions, caveats, pointing out dissenting views and critiques of the definition I was seeking to elaborate. I am not sure if my answer illuminated the discourse for this student or if it simply muddied the waters, but as an artist and professor who has an interest in public art as a field of research her question stayed with me.

Nearly a year later, that question by that first year student has become the driver in the organization and development of a symposium on public art that is being planned for May 2017. Going Public: New Ways of Thinking About Public Art will be a four day symposium hosted by the Department of Visual Art and Art History at York University in conjunction with various partner organizations, such as The Artful City. The intent of the symposium is to offer a forum for emerging research, challenging debate and the establishment of a sustained dialogue in the discipline of public art from the perspective of both studies and practice. Our goal is to accomplish this by including a wide range of cultural, political, social, and pedagogical perspectives across the disciplines of visual arts, architecture, art history, city planning, engineering and urban studies.

The Going Public symposium will bring together international academics, critics, curators, practitioners and enthusiasts to explore the shifting role of contemporary public art and the accomplishments of various innovators working in the public sphere. The goal of this symposium is to critically examine the current state of Canadian contemporary public art practices and processes in the context of innovations happening internationally. Through critical examination of the artistic practices, successes and challenges, theories and impacts of the field, and by inviting multiple perspectives, Going Public will further the discourse surrounding the role of public art and its continued redefinition. It will be organized around four key conference themes: New Concepts of Site; News Ways of Thinking and Working; Duration; and Policies and Processes.

Shifts in public art have been driven by factors such as the desire of artists to innovate and challenge, and the acknowledgement of governments and organizations of the role that public art plays in the vitality of cities and public spaces. This symposium will acknowledge these shifts while questioning ideas of the creative city, the ways in which artists work, how the work is being made, and the role of curation, audience, discourse and criticality in public art. The Going Public symposium is an opportunity to bring together broad perspectives which have contributed to driving this change, to reflect on and challenge how we define and talk about public art, at a time in the field when reflection and deeper understanding is needed in the face of mass proliferation of public art. The goal of everyone working on this symposium is to encourage conversations that have many access points and have a long-lasting impact by setting the dialogue within an academic institution, producing writings, and creating partnerships. In facilitating this symposium, the institution of York recognizes the pressing need for supporting scholarship in the realm of public art. In many regards the Going Public symposium begins the exploration of how universities can develop educational models that sustain the field of public art.

Toronto has seen a huge proliferation of public art and has one of the oldest public art policies in Canada. Thus, it is a fitting place and context for this discussion to take place. Its centrality and the multiple institutions located here that are involved and dedicated to the discussions of public art will provide important opportunities for a long-lasting impact in Toronto and throughout Canada, as well as an engaged and receptive audience. The symposium has developed from ongoing conversations with a diverse range of stakeholders in the Toronto area, both individuals and organizations that have a desire to advance the critical framework for public art practices. As the symposium moves from the idea stage to the planning stage we look forward to expanding the discourse to include more, and diverse partners.

Within Canada, ideas of public art have evolved in the recent decade largely due to the role of new programs, policies, festivals, and initiatives that are challenging notions of temporality, spectacle, interventions and participation. While reflecting upon historically significant achievements, this symposium will take an inclusive approach to exploring current topical issues and innovations in order to expand the discourse surrounding public art in Canada, encouraging criticality as we move forward in the field.

We are currently in the planning stages of this symposium and framing in the key discussions that will be addressed as well as the overall structure of the event. Over the coming months more information will become available.

Brandon Vickerd is the Chair of the Department of Visual Art & Art History at York University and a sculptor whose exhibited projects are diverse in form and content, including site specific interventions, public performances and object based sculpture. http://brandonvickerd.com