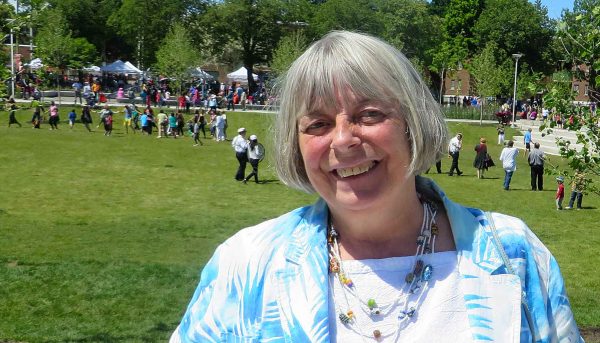 In 1997, just months before the old City of Toronto was swallowed up into the chaos of amalgamation, Pam McConnell, who then represented an east-end downtown ward, cajoled council into approving St. James Town: 2000, a long-overdue revitalization plan.

The story, oft-told, is that when St. James Town was developed during the urban renewal mania of the late 1960s, it was intended to become a hub for young urban singles. But within a generation, the area, with a population of almost 20,000, had become an incredibly dense cluster of high rises for predominantly low-income tenants, many of them visible minorities and/or newcomers. The local school was dramatically overcrowded, the open spaces were atrocious, and the whole area lacked basic community amenities.

McConnell was a former teacher turned school trustee who had moved from the Toronto Board of Education to council in 1994, representing Ward 7 following a narrow victory. In office, she made it her mission to correct some of the failures of social planning that had rendered St. James Town such a challenging place to live. As she’d point out in interviews, families living high up in those apartment blocks had no backyards and needed local amenities, especially a fully equipped community centre.

While the community centre plan had the support of then-Mayor Barbara Hall — another east-end downtown politician — it ran into years of rearguard opposition from McConnell’s nemesis Tom Jakobek, and later, Willowdale councillor David Shiner, who tried to scotch the $15 million project when he had a turn as budget chief. “Bushwhacked,” as she fumed after learning of Shiner’s 2001 ploy.

But McConnell kept at it, getting herself onto key committees and building enough of a coalition to finally see it approved and built on a parking lot at the north-east corner of Sherbourne and Wellesley.

The episode reveals much about McConnell, who died Friday after contracting a lethal infection in her lungs. She was never one of the cool councillors, or a stirring orator. McConnell, in fact, had a bit of the scold about her, but she went about her work with dogged determination, and never lost sight of the fact that the voters who represented her core constituency tended to be those who had drawn the short end of the stick of city life. They lived in high-rises or social housing complexes, or in downtown working class neighbourhoods that had not quite tipped to the many splendours of gentrification.

McConnell once told me, cheerfully, that she knew the landlords in her ward often sought to back candidates looking to unseat her because she made a point of advocating for the tenants who had to put up with crummy conditions in their buildings.

In fact, her stick-with-it-ness was legendary. McConnell’s fingerprints are all over the east half of the Toronto Centre riding, from the demolition of the eastern tail of the Gardiner Expressway to the waterfront projects that have sprouted between Yonge and Cherry.

Former mayor David Miller asked her to chair the Toronto Police Services Board, a job that has produced many perils for the women who’ve served previously in that post. In that role, McConnell sturdily defended the board’s decision not to renew Chief Julian Fantino’s contract and then oversaw the hiring of Bill Blair as his replacement. (In 2005, Blair, who had dramatically improved police-community relations in Regent Park, had a better reputation than he did at the end of his tenure.)

Almost a decade later, Mayor John Tory named McConnell as one of his three deputy mayors, tasking her with the job of developing a new poverty reduction strategy.

Though municipalities are severely limited in their ability to dent poverty, McConnell was absolutely the best person for that position, not least because she knew, from her constituents, all about the social geography of low-income communities.

Indeed, I’d say her signature accomplishment was pushing the City and Toronto Community Housing to produce a “social development plan” (SDP) for the redeveloped Regent Park. Completed in 2007, the plan acknowledged that TCH’s grand strategy – to invite private builders to redevelop the area and use the proceeds to finance the reconstruction of the social housing stock – had to be about much more than mere bricks and mortar.

The redevelopment process meant relocating thousands of families, uprooting social networks and potentially obliterating the many grass roots community organizations that had sprouted in Regent Park’s nooks and crannies. McConnell understood the risks; the SDP sought to capture what was working in the old Regent Park — a neighbourhood long viewed by outsiders as a zone of desperation and risk — and then figure out how to reconstitute all those positives as part of the redevelopment process.

In many important ways, the SDP, a first for the City of Toronto, set out to avoid the mistakes made when St. James Town was built two generations earlier. McConnell is most visibly associated with her advocacy of the new Regent Park pool and central park. But I’d say the plan may well be her signature achievement. It forced City officials to fully confront the reality that the low-income communities which stand in the path of speculative redevelopment pressure are so much more than two-dimensional collections of crime and socio-economic statistics housed in deteriorating buildings.

McConnell imagined her way into the lives of those families stuck on the upper floors of crumbling apartment towers with lousy elevators and gangs in the stairwells, and then tried to figure out how to make their communities better places.

What more could you ask from a public servant?