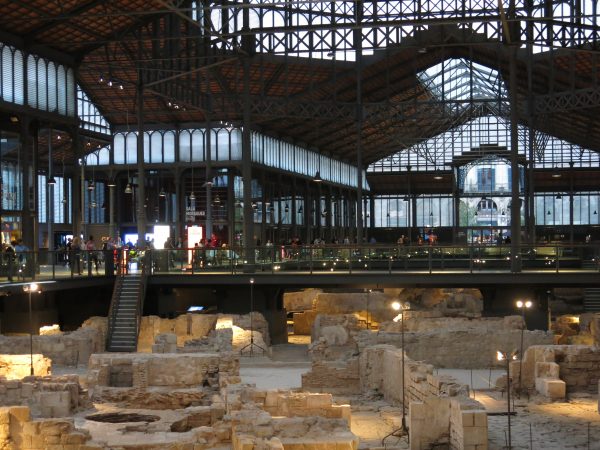 Part of a mayor’s job is to build the city, even as he takes care with taxpayers’ money. John Tory has an opportunity to add a big brick for modest cost if he can see his way back to investing in a glass floor to show off the archeological discoveries made at St. Lawrence market during construction of its new building, on the north side of Front Street.

Last week, Tory said the $1.9 million cost of the latest scaled-down design isn’t justified, and he sent it back to city staff to work on. There are some things we hope the city’s crew will tell him, e.g., how investments exactly like this have paid dividends in the very cities to which Toronto tries to aspire.

Barcelona’s El Born market is one such example.

Some years ago, plans were developed to restore and transform the 19th century crystal place to house the Provincial Library of Barcelona. When municipal officials began probing the site — literally, as they dug up the floor — they discovered the remains of La Ribera, a vanished neighbourhood. Strewn among the ruins of about 50 homes were diverse artifacts that, upon close inspection, provided an otherworldly record of day-to-day life in the 18th century city.

Barcelona’s library plan was shelved. But the old market was restored. It is, today, much the same airy, filigreed, Victorian pile of iron beams, bolts, nuts and glass sheets that it was when it opened in 1876. But it plays a new and serendipitous role: a light-filled, weather-protecting shed and interpretation centre for what was found beneath, one of Western Europe’s premier urban archeological sites. The site’s glories, it turned out, were enhanced by the discovery, in regional Catelonian archives, of documentation for the very homes that had been demolished.

“We know which families lived at the site, what trades they worked in, what the interiors of the houses were like and what fittings they had,” we read in the official brochure. 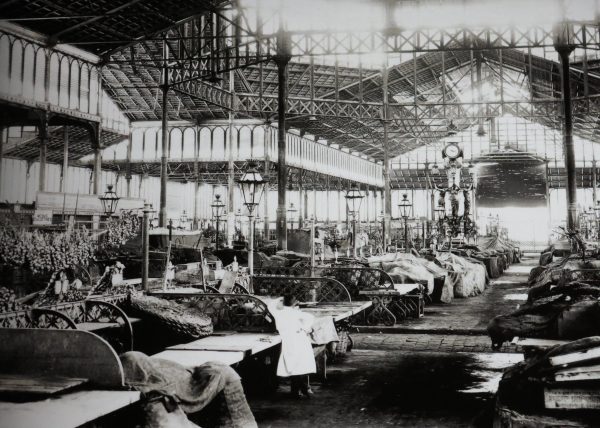 Diverse stories unfold as you make your way around the light-filled pit, which has now been carefully excavated and explained via slick multilingual panels and photographs.

One chapter seems eerily analogous the shock that urban renewal had on North American cities in the 20th century.

Citadels, citadels, citadels, the conquering grandson of France’s Louis XIV, Bourbon Felipe V, might have declared following the fall of Catalonia during the War of the Spanish Succession. Afterwards, the region’s leading city, Barcelona, “was marked for particular punishment for their choosing the wrong side,” as one account put it.

By the City of Barcelona’s own account, the Bourbon authorities ordered Ribera’s demolition “at the hands of the homeowners themselves.” In one of the displays the outline of the soon-built citadel can be seen against the swath of city leveled to pave its way, with Ribera set out as a rectangle.

I was in Ribera last fall, with my spouse Michel, looking over the old ‘hood. It has cobbled streets. On Carrer de Bonaire, an avenue, we checked out the ice house. “The Barcelonians had a preference for granissats or crushed ice drinks made from lemon, almonds or roses,” according to the interpretative panels. On another street we found a district of “makers of strings and violas, which they produced from the guts of rams, wethers, ewes and lambs.”

The excavated streets and interpretive panels reveal that, not unlike the working class residents of mid-20th century New York, who paid for Robert Moses´ destructive approach to city-building, Barcelona’s 18th century military citadel project “disrupted the lives of many people and eliminated a whole section of the city of which no collective memory remained.”

Other stories are in the air. One, which brings to mind Toronto’s iron-and-brick St. Lawrence market, pertains to the urbane architecture that has sheltered Ribera since 1871.

At a time when most buildings were made from bricks and mortar, some of the first truly modern structures were greenhouses pieced together with stretches of glass and iron parts.

In a rush to build something to house London’s Great Exposition of 1851, gardener Joseph Paxton took the glass shed idea to unprecedented scale with the Crystal Palace.

It was a prototype for any number of the great municipal markets of Europe, among them the El Born, which had been built unceremoniously, but fortuitously, atop Ribera.

The place where 18th century antiquity and 19th century modernity converge with 21st century Spain, Barcelonians showed how plans could be changed and something wondrous unexpectedly achieved by revealing what lay beneath th old El Born market.

Toronto’s mayor, steeling for a likely re-election run against a nickel-and-diming Doug, should be wary of fake Ford thrift. Doing right by the St. Lawrence site is more about dollars and sense. Invest, build your city by revealing its past, reap benefits. Repeat.

Alfred Holden is a Toronto journalist and resident essayist at Taddle Creek magazine. He was a reporter for the Toronto Star 1984-90 and an editor there from 1997 to 2016. His memoir of Expo ‘67 will appear in the next issue of Taddle Creek. Follow him on Twitter at @AlfredHolden