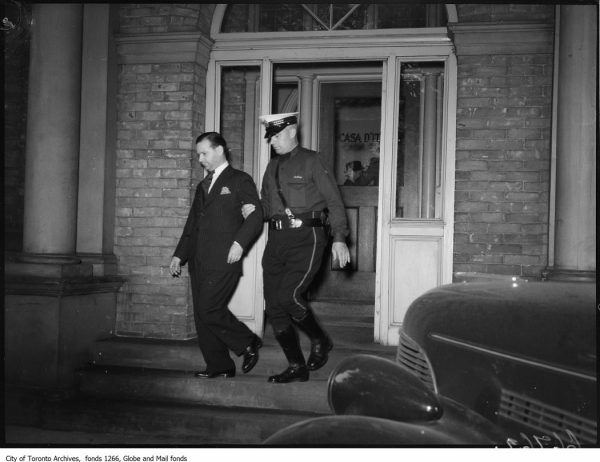 During the 1920s and 1930s, Italian Torontonians witnessed the establishment and expansion of a sizeable fascist element within their community. Benito Mussolini, the fascist dictator of Italy from 1922 to 1943, sought the support of Italian immigrants internationally with an energetic program of “exporting fascism.” His ultimate goal was to foster a sense of Italian nationalism among emigrants through cultural and political programs. The Italian Consulate in Toronto, based out of the Casa D’Italia on Beverley Street at Dundas Street, served as both the base of operations for Italian fascists in Toronto and an informal Italian Canadian community centre. Fascist leaders used the Casa D’Italia to operate a newspaper, language classes, athletic clubs, and benevolent societies.

Italian fascists and Italian Catholic clergy found in each other natural allies, as they were both concerned about maintaining a distinct sense of Italian identity abroad. In Toronto, Italian priests were anxious about both becoming lost in the wider Anglo-Celtic culture of the local Catholic Archdiocese and the conversion efforts of evangelical Protestant missionaries. Fears of secular ideologies like communism and anarchism were rife among Toronto’s Catholics, giving local fascists room to operate with little scrutiny. In 1923, less than a year after Mussolini came to power, a group of Italian Catholics founded a fascist group at Our Lady of Mount Carmel Church (near Dundas and University Avenue). Fascist ceremonies were regularly held at other parish churches and halls, and an Italian member of the Toronto Separate School Board convinced that body to allow a “Pro-School Committee” composed of the vice-consul’s coworkers to run after-hours language classes that became known as “fascist schools.” 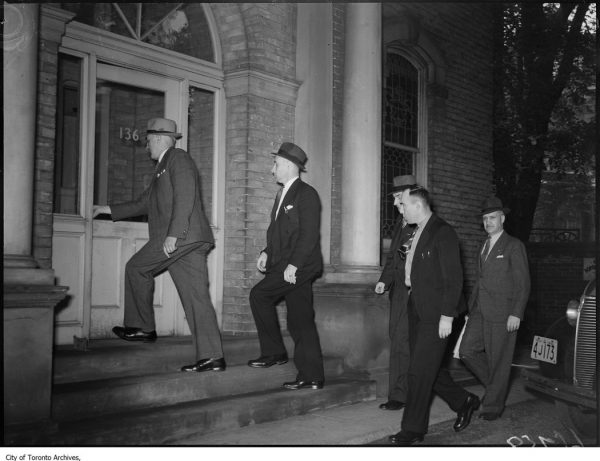 Not all Italians in Toronto were seduced by fascism. Members of the United Church of Canada, the Italian Loyal Orange Lodge, and the Cooperative Commonwealth Federation political party were vocally opposed to the spread of fascist cultural and political hegemony within the Italian community. During an interview with historian John Zucchi for the Multicultural Historical Society of Ontario, long-time resident Lucy Giovanelli describes witnessing very public fascist activity among the city’s Italian community, but is emphatic about lack of inter-est from residents of the dense, diverse downtown neighbourhood known as The Ward. On one occasion, she attended a “bazaar or something” at Mount Carmel Church. People sang “the anthem,” and proceeded to “put their hands up [in the fascist salute].” A Catholic priest, seeing that she had not joined the salute, asked her “Why don’t you have your hand up?” She replied “I’m in Canada, I don’t believe in this business.”

Toronto’s Italian fascists were energetic in asserting their worldview. Public demonstrations of Italian fascist beliefs and symbols occurred frequently. The fascist salute was freely given in public parades in 1936, while in 1938 the Casa D’Italia sent 20 young Torontonians to visit Italy, dressed in fascist-style black-shirt uniforms. In their fight for cultural dominance over the city’s Italian community, consular officials based in the Casa D’Italia submitted to both Canadian and Italian officials’ dossiers on anti-fascists and their activities. The fascists were careful to take advantage of ongoing political anxieties by denouncing their opponents as communists and anarchists. 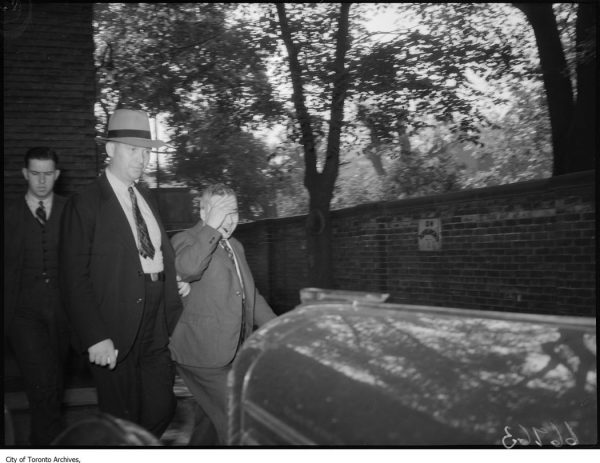 On June 10, 1940, after Italy entered  World War II as an ally of Germany, all fascist organizations in Canada were made illegal. The Casa D’Italia was raided and shut down by the Royal Canadian Mounted Police, who confiscated the building and used it as a base of operations until 1962, when it was given back to the local Italian community (it became a consulate again in 1977). Although hundreds of Italian Canadians were sent to internment camps, the fascist consular officials were granted diplomatic immunity and allowed to leave the country. Italian Canadians were left to suffer the consequences of a sweeping crackdown by the federal government. As a result, many stopped speaking Italian and anglicized their names.

The fascist wave of the 1920s and 1930s experienced by Toronto’s Italian community was not the only one to hit Canada’s shores. The ideology had fairly diverse support, driven by the weak economy during the Depression and the role played by fascism in legitimizing popularly-held bigotries. The 1933 Christie Pits Riot was instigated when a group of Anglo Torontonians from the Beaches unfurled a banner with a swastika painted on it at a Jewish and Italian baseball game. Organizations like the Canadian Union of Fascists and the National Unity Party held rallies and received occasional media coverage. With the outbreak of war, however, which touched all aspects of Canadian life, fascist beliefs were thoroughly discredited and delegitimized. The Canadian government, meanwhile, has never officially apologized for the internment of Italian Canadians. 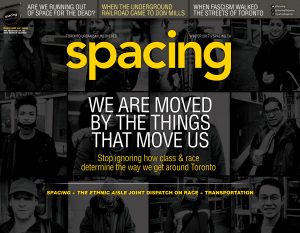