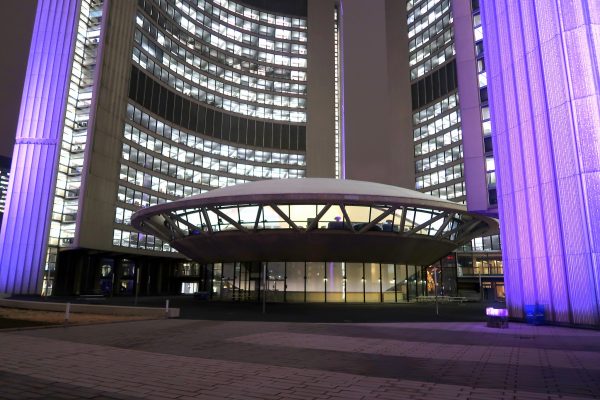 Is the answer to Toronto’s problems a city charter? According to the aptly named Charter City Toronto, it is. From my perspective, the group’s proposal, released in early November, raises more questions than it resolves. Spacing’s senior editor John Lorinc has already picked apart the problematic assumption that increasing Toronto’s autonomy will somehow make its political leadership smarter and wiser, or cause voters to elect smarter and wiser politicians. And then there’s the matter of feasibility: what incentive would a provincial government of any stripe have to limit its involvement in municipal affairs, let alone oversight over the province’s metropolitan economic engine, while still holding many of the purse strings?

I’d like to focus on a different set of problems, the first of which is terminological. Toronto already has a city charter. It is called the City of Toronto Act, which became law in 2006. In legal terms, all a charter means is that a municipality derives its existence and much of its authority from a single piece of legislation, as opposed to from a general Municipal Act that pertains to all municipalities. The main outcome of the process back in 2005 and 2006 was to detach the City of Toronto from the province-wide Municipal Act.

Let’s remember why this happened in the first place. The politicians of the day argued that a large and fast-growing municipality like Toronto needed more powers and greater discretion in exercising them, and this was achieved in several respects. The city gained access to additional revenue sources and borrowing powers. It also gained greater authority to manage its internal affairs, organization, and property. The importance of these changes should not be diminished by the fact that the Ontario government almost immediately granted most of the same powers to all other Ontario municipalities through amendments to the Municipal Act. In fact, advocacy by the City of Toronto for more powers and resources has not only led to changes here, but has driven changes to municipal governance across the province.

The bottom line is that Toronto already has a charter. Our current debate is really about other things—each of which deserves careful consideration.

Mixing discussions about legal authority, fiscal resources, and home rule together, as I think the contemporary debate in Toronto does, obscures the fact that each can exist without the other two. Municipalities can have broad powers or sufficient financial resources, or both, but no legal protection from interference from provincial governments. Municipalities can also enjoy home rule or broad legal authority, but without sufficient financial resources these do not count for much.

The risks of home rule

Let’s consider some of the risks of home rule, both as a constitutional provision and an operating principle.

First, home rule in the U.S. has taken away the incentive for state governments to recognize their distinct interests in cities, and in municipalities more generally. When the issues and problems of cities are understood to be exclusively local, state governments lose their incentive to assist declining places and provide support for major projects that benefit the state and national economies as a whole. If people think that home rule will enable municipalities to get more resources for housing or infrastructure out of provincial or federal coffers, they are dreaming. Just ask successive mayors of New York City how much having home rule and a city charter have protected them from state government while promoting state spending on critical facilities, including the subway system. Home rule and a charter haven’t done much to protect New York City from Albany’s disinclination to spend on maintaining critical infrastructure, especially the city’s crumbling subway system.

Second, and as a result of this first point, home rule intensifies inequality between places and between the people who live in different places. Especially when coupled with fiscal devolution, home rule has enabled rich places to get richer while blaming declining places for problems caused by forces beyond their control, including globalization and migration.

Home rule also makes it harder, not easier, to address regional or metropolitan-scale problems. As I discuss in a recent book, many of the initiatives that laid the groundwork for Greater Toronto’s and Southern Ontario’s economic and social success were provincial, and imposed over the objection or indifference of local governments: the creation of Metro Toronto and its planning board, the conservation authorities, the Niagara Escarpment, and the Greenbelt; and also equalization payments for less-well-off municipalities. If municipalities had been able to veto these initiatives, Greater Toronto and the province as a whole would look very different.

Third, it is important to understand that even when constitutionally entrenched, home rule has not provided much protection when state politicians want to scapegoat cities or punish local political adversaries. Americans talk about “state preemption”—state laws that unilaterally override local bylaws, including local minimum wages, gun-control measures, fracking bans, and protections for undocumented migrants. There is no real difference in state preemption activity in home rule versus non-home rule states. When states want to breach home rule, they find legal ways to do it. State governments have also used capital project funding allocations to reward or punish particular places without breaching home rule.

We need a political solution, not a constitutional solution

In striking a cautionary note, I do not want to leave the impression that I am against local democracy and innovative problem-solving, or that I am comfortable with provincial governments making arbitrary interventions in essentially local processes. Far from it. Local governments have a major role to play in addressing problems of national significance, from housing unaffordability to transportation congestion, poverty, homelessness, and climate change.

Community self-determination is an attractive idea. Nevertheless, we need to shine a critical light on what may be gained and what could be lost. Comparing the different histories of urban governance in the Canada and the U.S., I conclude the best guarantor of democratic, accountable, and effective local government in Canada has always been legal and fiscal support from the provinces. Citizens of Toronto and other Ontario municipalities feel whipsawed by provincial actions and want to change the rules. But instead of pouring energy into a quest to rewrite the constitution, let’s harness this energy toward creating a province-wide political movement that will deliver on this promise.

Zack Taylor is Director of the Centre for Urban Policy and Local Governance at the University of Western Ontario. His book, Shaping the Metropolis: Institutions and Urbanization in the United States and Canada was published by McGill-Queen’s University Press in May 2019 and is available at The Spacing Store. Follow him on Twitter at @bigcitypolitics.