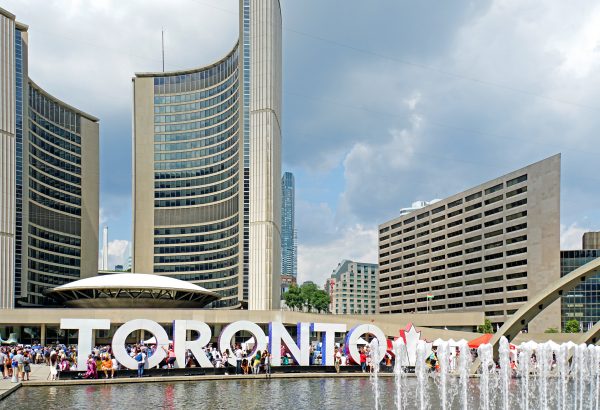 In an opinion column here on Spacing two weeks ago, Zack Taylor raised a couple of good questions about our Charter City proposal including one of the most important: why would a provincial government cede power to cities?   We think two reasons. First, it’s in the public interest that cities have clear control of their own affairs and predictable sources of money to pay for it. Cities know what’s best for cities; local decisions should be made by the people who have to live with them. If a province doesn’t want what’s best for the biggest engines of its economy, why should cities be a provincial responsibility in the first place?

But if a province doesn’t care about the public interest, then how about self interest? Local democracy is a pretty popular concept and last we looked, cities are where a lot of votes are. Does anyone think Doug Ford’s 71 per cent disapproval rating has nothing to do with his general disdain for local government and for cities in particular?

Prof. Taylor is right that the arrangements governing cities should be arrived at through a political process. That’s the conversation about a City Charter that we’re all currently having. But contrary to Prof. Taylor’s view, we say once sensible rules for cities are agreed upon, they must be protected by law. Strong law.

Charter City Toronto says there’s one simple “must” for Canadian cities in the 21st century: the explicit, exclusive, inherent power to act in the municipal sphere that is properly funded, written in law and guaranteed by the Canadian Constitution.

Canadians should not have their fundamental right to local government held hostage to the politics of the day. Cities should not be consigned to never-ending political games about the fundamental rules they have to follow, or about their role as a level of government. This should be especially obvious in a country whose basic rules are written in a constitution that is highly concerned with laying out clearly who in our federation does what.

Imagine a province advancing a political argument that provinces, not the federal government, should run the army. The world doesn’t work that way. That’s not this week’s political choice; it’s enshrined in the Constitution, for good reason.

Whether we’re talking a Toronto city council decimated in the middle of an election or a Calgary and Edmonton whose funding frameworks were wiped out just after one, it’s pretty clear that politics offers no guarantee for cities these days. Especially in our new winner-take-all, ‘let’s ignore the norms of politics’ system, where getting a majority of provincial seats means you can do whatever you want to cities whether they like it or not. Cities and their powers need constitutional protection.

We think some of Prof. Taylor’s other arguments against empowering and protecting cities are also wide of the mark.

Toronto, he says, doesn’t need a City Charter because it already has one: the City of Toronto Act. In so saying, he misses entirely the very essence of a City Charter—that it belongs to the city. And is therefore protected from changes the city does not want. The City of Toronto Act doesn’t meet either test. It’s a provincial law passed by the province, and can be changed or revoked by the province at any time. The city did not pass it. The city cannot change it. The city cannot prevent it from being changed. It does not belong to the city; it belongs to another level of government entirely. It is manifestly not a City Charter.

Charter City Toronto, he says, pushes “the problematic assumption that increasing Toronto’s autonomy will make its political leadership smarter or wiser or cause voters to elect smarter or wiser politicians”. As if we see a Charter as some kind of brain pill. Please.

But we do believe that if Toronto had a protected City Charter in 2018, its city council today would have 47 members, not 25. They would be younger, more female, more culturally diverse and more representative of the city. Newcomers to council would outnumber the gallery of perennial incumbents. Smarter and wiser? Maybe. Better? For sure.

Toronto, Prof Taylor says, has all the legal empowerment it needs because the City of Toronto Act grants broad discretion to act within defined spheres of jurisdiction. It’s just that the city hasn’t asserted its authority.

But how exactly should the city access that mysterious, latent power? The province has unilaterally and without consultation: cancelled the city’s land use plans, gutted its transit objectives, repealed promised funding increases, instituted massive funding cuts, revoked even the possibility of tolling our own roads and vaporized half of city council, all against the express wishes of the city and the latter with the acquiescence of the courts.

The province won’t let the city hire traffic wardens—traffic wardens!—to prevent pedestrians from being killed at record levels until its bureaucracy carefully, over months, duplicates the city’s decision-making process to make sure such a move is in the provincial interest.

Even the legal obligation on the province to consult with the city on key decisions—an obligation expressly written into the City of Toronto Act itself—is routinely ignored.

So it’s not clear exactly how the city is supposed to wield the abundant legal empowerment Prof. Taylor says it has.

Prof. Taylor characterizes the financial aspects of the City Charter debate as a call for greater support for cities from the federal and provincial governments. We call it reducing cities’ dependence on the province by taking more control over some of the taxes that come from city residents in the first place.

Instead of relying on $2 billion in provincial transfers to cover one-fifth of the city’s day to day bills every year, why not earmark that as the city’s percentage of the income and sales tax paid by city residents, lock it into a City Charter and call it even? The province would still collect billions of dollars more from the city than it gives back. The city would have predictable funding and the freedom to spend it as it thinks best.

Prof. Taylor correctly points out that since capital spending for infrastructure is often a net benefit for the province and the country as a whole, it makes sense for senior levels of government to cover some of the cost. But we think cities also deserve to have a more equal seat at the table where those things are decided.

Greater empowerment for cities (home rule), Prof. Taylor argues, is a poison pill because once achieved, senior levels of government use it as an excuse to “lose interest” in municipal issues. He also argues that in the US, state governments are endlessly scheming to find legal ways to circumvent strong City Charters in order to intervene in local affairs. Well, which is it?

At the end of the day, opposition to empowered cities is an argument for weak cities that can be pushed around, milked for their tax dollars and robbed of their right to make local decisions for themselves. If you want empowered cities but you don’t think a constitutionally protected City Charter is the way to go, what is?

Critics of a City Charter are fond of saying, be careful what you ask for, which is really a way of saying be grateful for what you haven’t got. We know what we’re asking for.

Greater empowerment makes better cities and a stronger Canada. We need the province and cities to agree on City Charters and lodge them for protection in the constitution.