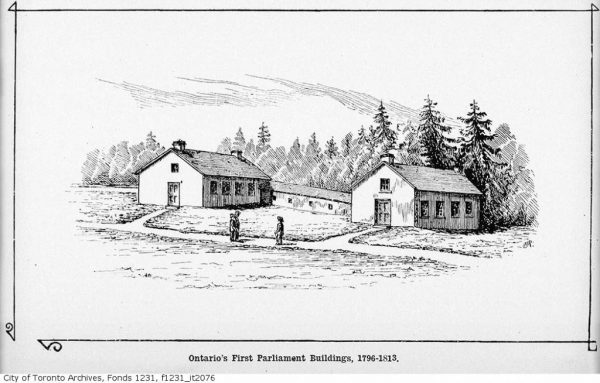 Recent reports that the Queen’s Park may expropriate the First Parliament site, at Parliament and Front Streets, for construction of the Metrolinx Ontario Line offer another reminder of the dual problems of “out of sight, out of mind” and the familiar refrain we hear from politicians and planners when considering development of properties with heritage value, that ‘heritage is only one concern of many.’

Many citizens in Toronto have long known that portions of former Crown land near the original shore of Lake Ontario were the location of the first and second Parliament buildings of Upper Canada, built in 1797 and 1820, respectively. The discovery of remnants of those buildings during archaeological test excavations in 2000 — with the assistance of the City, the property owners at the time, the Citizens of Old Town and the constant vigilance of the late city councillor Pam McConnell — focused public attention on a cornerstone of post-colonial Canadian history. 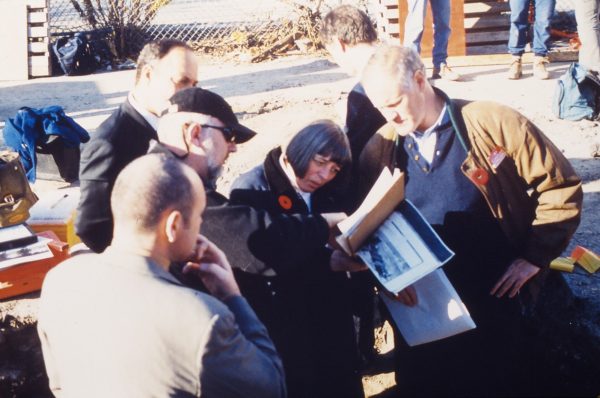 The Legislature, the Town Council, the Law Society, and the Anglican Church can all trace their origins to this piece of land. For years, this is where decisions were made that laid the groundwork that guided the growth of the multi-cultural, democratic Ontario of today. Do we charge towards a history-less city in the name of infrastructure or do we create a space to honour arguably one of the most important places of the city’s, if not province’s, foundational colonial history?

On 27 April 1813, the U.S. Army and Navy mounted a successful attack on York, occupying the nascent town for six days, looting homes, confiscating or destroying supplies, and burning various public facilities including Government House at Fort York, the Parliament buildings and an adjacent military blockhouse. Among the items taken from the Parliament buildings was the Assembly’s ceremonial mace (the symbol of the Assembly’s power). President Franklin D. Roosevelt returned the mace to the Ontario government in 1934. In retaliation for the plundering of the First Parliament, the British attacked Congress and attempted to burn down the Presidential Mansion, now known as the White House.

Soon after the 1813 American invasion, and while Fort York was being rebuilt, the Parliament buildings, whose walls had survived the fire, were hastily repaired, and used to billet British troops. However, the second buildings, like the first, were destroyed by fire, on December 30, 1824.

The land sat vacant until the late 1830s, when the Home District Gaol was built on the property and used from 1840 to 1864. In 1887, the Consumers’ Gas Company, which occupied several blocks in the Front and Parliament area, demolished the gaol. In its place, it erected an office building that faced Front Street along with a retort building and a coal shed. Consumers’ Gas sold the site in the 1960s, at which time it was redeveloped to include several light commercial enterprises. 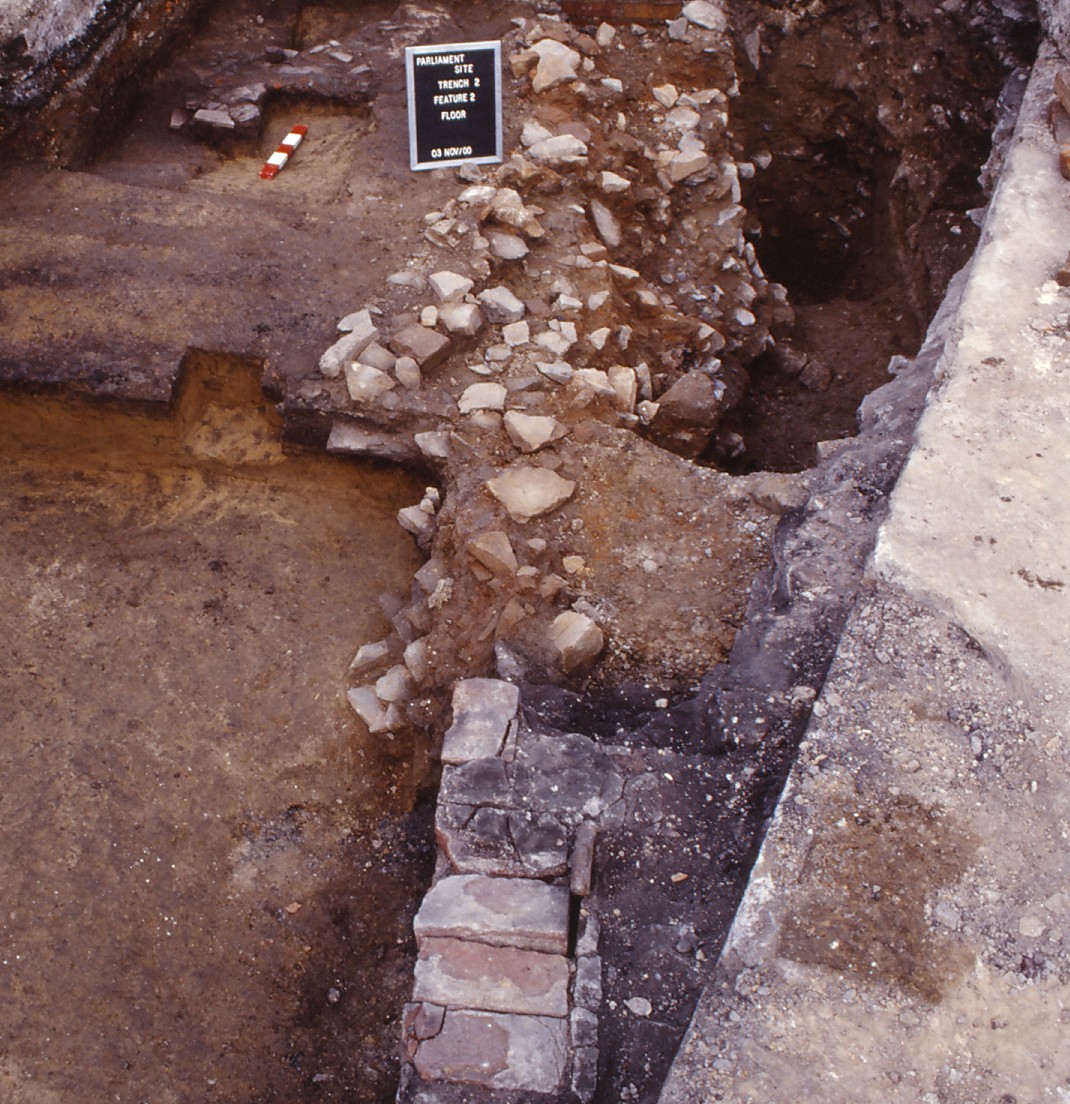 The archaeological investigations in 2000 focused on the courtyard between the former locations of the Consumers’ Gas coal storage and retort buildings as it was thought this area represented the best opportunity for the survival of Parliamentary building remnants. In one of the excavation trenches, the footing for the east wall of the south building of the first Parliament structures was discovered.

Extending into this footing were several linear charcoal stains that were the charred remains of partial lengths of floorboards and floor sleepers or joists that had burned in situ, ghostly images of the terrible event in 1813. The artifacts found by these burned floorboards included late 18th and early 19th century dinner and tea wares of the same patterns that were also recovered from excavations at Government House at Fort York.

These remains are a testament to a place of hopes and dreams in a new land. The parliament buildings were referred to as “palaces” – the Palaces of Government, which is of course why Front Street at one time was called Palace Street. These were buildings where decisions were made that helped to shape the province and the nation.

The need for on-site interpretation of this stirring history is undeniable and has been in the works for the last two decades. Recent visions for the property have included architectural renderings of a library with community space and parkland with creative art installations that would refer to the site’s past. Whatever is designed and installed, imaginative place-making is far more than a transportation corridor and should be forward-looking while celebrating the past.

The provincial government should stop the expropriation now and guarantee to the people of Toronto, Ontario and indeed, Canada that whatever role this land plays in the future, nothing will undermine the site’s significance and its potential for interpretation.

Sometimes, heritage is the critical concern.