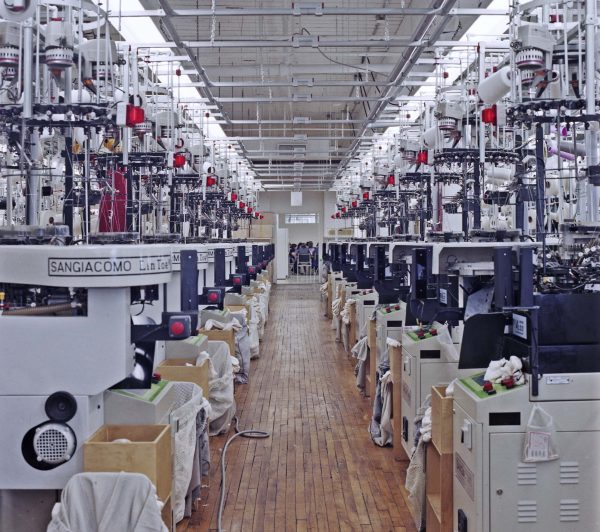 In 2003 I began a two part documentary photography project featuring the McGregor Socks knitting mill on Spadina Avenue, and the Korex soap and detergent works in the lower Don Valley. Both plants had long been part of downtown Toronto’s industrial sector, but each faced an uncertain future. The McGregor factory, the subject of the photo series shown below, was the last large employer in Toronto’s fading garment district.

My familiarity with McGregor Socks as a brand dates from the 1960s, when I started wearing the company’s best-known product, the Happy Foot. This was a cotton sock with a fleecy padded sole that had been in production since 1937. The company had come up with a unique mascot for the Happy Foot model, a sculptural bust of a foot with a ridiculously happy cartoon face represented on its sole. 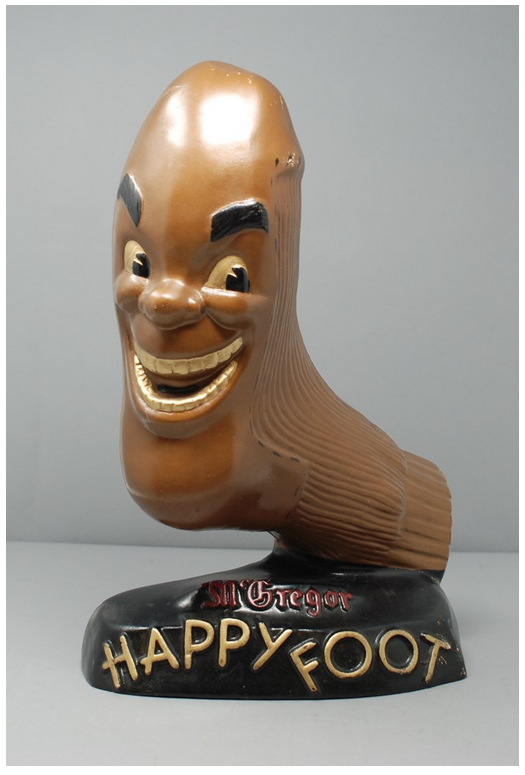 In 1984, I had contributed photos to Rosemary Donegan’s exhibition “Spadina Avenue: A Photohistory” at the artist-run gallery, A Space. The 1986 book based on the exhibition, “Spadina Avenue,” included photos of workers at the McGregor factory taken by the photojournalist Vincenzo Pietropaolo. By 2002, I could see the need for a more complete photographic record of this historically important industrial workplace. 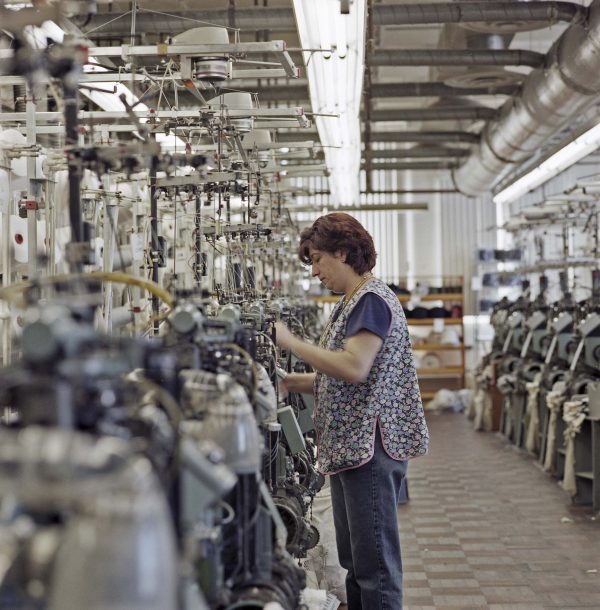 The McGregor factory and offices were housed in two adjoining structures representing successive generations of industrial architecture. The three-storey brick and timber Gale Building at 30 Spadina Avenue dates from 1905. McGregor moved from its original location at 49 Bathurst Street to 30 Spadina about 1950, replacing the previous tenants, J. H. McNairn, Paper Manufacturer, and the Dominion Paper Box Company.

Until 1960, the Gale Building was overshadowed by its institutional neighbour on Wellington Street West, a domed and turreted Baroque horror that had been the first home of Loretto Abbey, a private Catholic girls’ school. Shortly before the school complex was demolished, McGregor built 401 Wellington West, a five-storey reinforced concrete extension to the factory, on land that had formerly been a corner of the school campus. 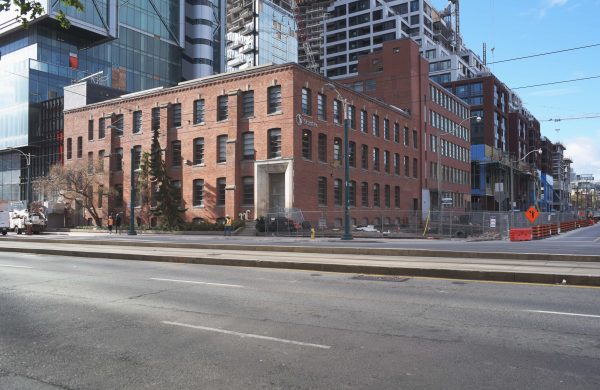 During the limited time I was allowed to spend inside the McGregor plant, I tried to strike a balance between learning about the production process and documenting as much of it as possible. I also tried give some sense of the social life of the plant, which complimented the steady tempo of the work.

Industrial sock knitting is a mechanical marvel that has now been adapted to digital programming. Anyone familiar with artisanal knitting machines will recognize the basic design principles behind the industrial machines shown in my photos, but I was awed by their thorny technical complexity. 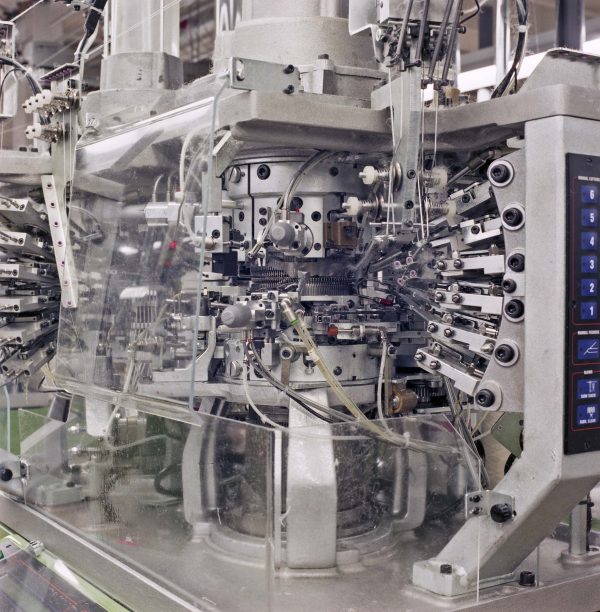 What most distinguishes a loft factory from a modern single-storey industrial unit is the amount of light that comes through the windows. Taken in early spring, my photos record the varied lighting in different parts of the McGregor plant, ranging from limpid daylight to flat, greenish light from fluorescent tubes.

McGregor still markets Happy Foot socks, but they are made offshore. Its Toronto plant closed in 2005, and the intact buildings are now occupied by Stantec, a multinational engineering firm. An information sheet posted by the new occupant states, “This heritage property, a defunct manufacturing facility built in 1905,* was ideal for reclamation and adaptive reuse.”

*As noted above, the two adjoining factory buildings were built at different times.