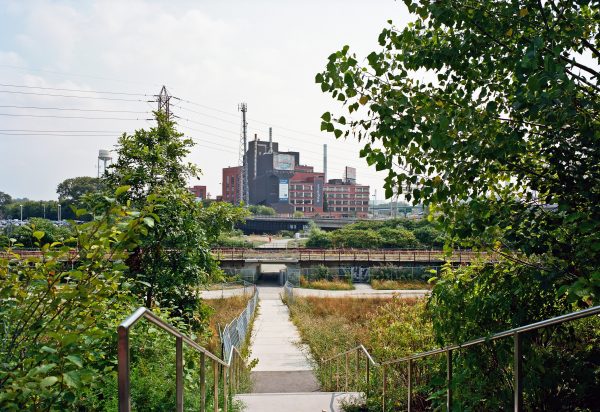 In July, 2021, the developer Cadillac Fairview introduced a revised plan for the transformation of the former Unilever soap manufacturing site in the Lower Don Valley into a business and residential district called East Harbour. The plan shows 17 glass-clad towers up to 64 storeys tall crowded onto a grid of streets next to a transit station.

Under the guise of “place making,” the proposed development would involve the demolition of all the existing buildings on the site, thus eliminating the visible traces of its industrial past. This proposal contrasts with the imaginative plan submitted by the previous owner, First Gulf, and approved by Toronto City Council in July, 2018, which would have preserved industrial buildings.

The 102-year history of Lever Brothers soap manufacturing in the lower Don Valley is actually a story of two factories built 50 years apart along the east bank of the river. Although the two occupied adjacent sites, they were separated by the corridor that still carries rail traffic east from Union Station. 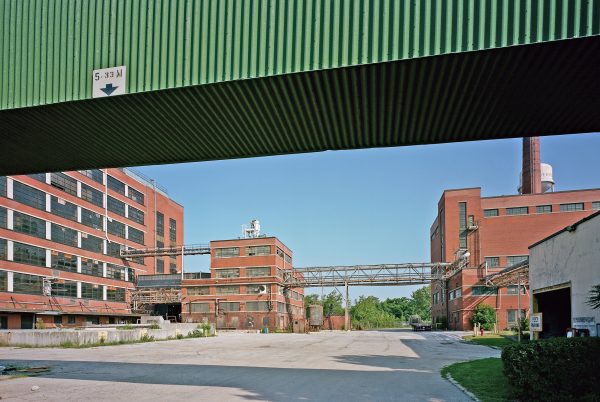 The subject of the first part of this feature, including the photo series below, is the surviving Lever Brothers Plant No. 2, which opened in 1950. The second part of the feature will examine Plant No. 1, which operated from 1900 until the mid-1980s, in the context of the industrial and social history of the lower Don Valley.

After 1945, newly formulated powdered laundry detergents began to replace bar soap for washing clothes. To meet the demand, Lever Brothers of Canada decided to build an entirely new plant incorporating the latest technology, at a cost of seven million dollars. Construction began in 1948 on a large site south of the rail corridor. 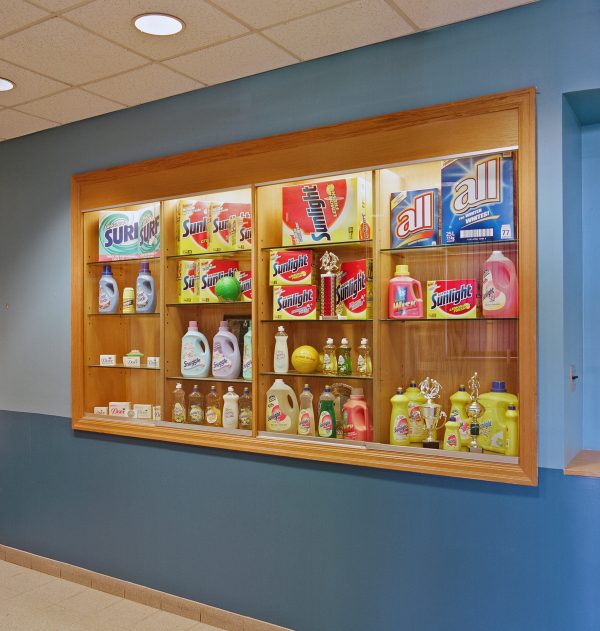 This site, representing the major part of what developers are calling “East Harbour,” had accommodated industrial uses since 1866, when the Gooderham and Worts distillery established its cattle sheds there. The sheds could accommodate up to 4,000 cows, nourished with grain swill left over from the distilling process that was piped across the river from the Trinity Street distillery.

The Gooderham and Worts operation ended at some point between 1913 and 1924. An aerial survey photo taken in April, 1947 shows more that 20 oil storage tanks and assorted buildings on the site. These were demolished in 1948 to make way for the new plant, designed by the renowned engineering firm Stone and Webster. 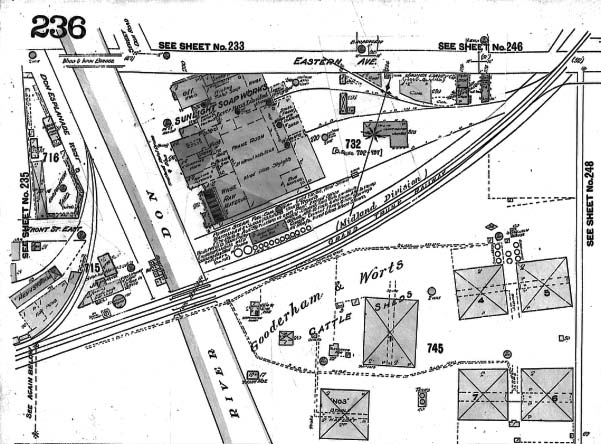 Detail of a 1911 insurance map showing the Gooderham and Worts cattle sheds occupying the future site of Lever Brothers Plant No. 2.

In its original configuration, Plant No. 2 included a 7-storey main block, a glycerine refinery, a coal-fired power plant and a tall water tower. A massive spray drying tower was added to the exterior of the main block in 1983, giving a strong vertical accent to its main facade. Other additions included the warehouse and a sulfonation building. 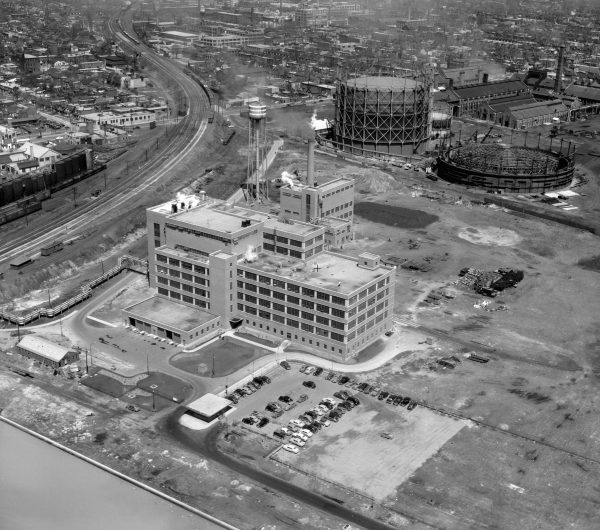 Aerial view of Lever Brothers Plant No. 2 taken in April, 1951, shortly after it opened. In the background, a second gasometer is under construction on the Consumers Gas Station B site. Station B closed before 1956 and both gasometers were demolished in l969. Northway Gestalt Corporation Fonds, Archives of Ontario, C 30-1-0-3398

My series combines photos taken in 2003 while the plant was being operated by Korex Corporation, with others showing the abandoned site in 2015. I hope to provide a more complete view of the factory complex than has been available previously, and to show that the original buildings remain structurally intact. 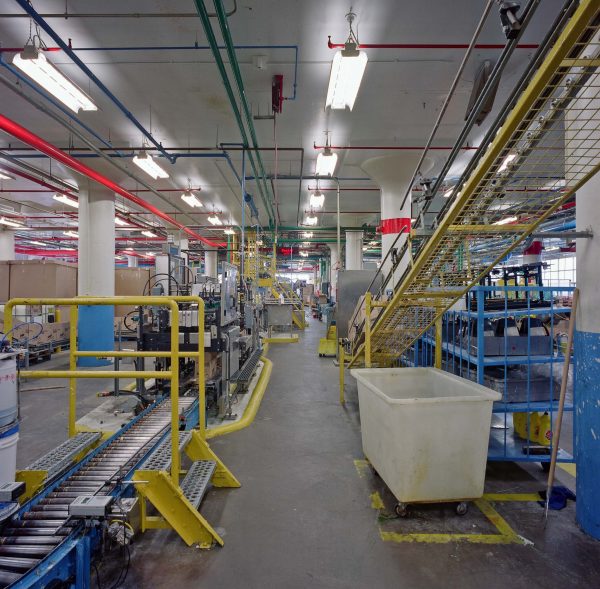 The Unilever Don Valley plant is comparable to the Distillery District as a candidate for the adaptive re-use and preservation of our industrial heritage. In addition to office space, it could accommodate artists, musicians, artisans, theatre groups, and small manufacturers.

The success of the recent campaign to save a significant part of the nearby Dominion Wheel and Foundry complex demonstrates that Torontonians understand the connections between industrial heritage and other aspects of our social history. In my opinion, the developers and planners of East Harbour have a civic responsibility to maintain and even enhance those connections on the former Unilever site.