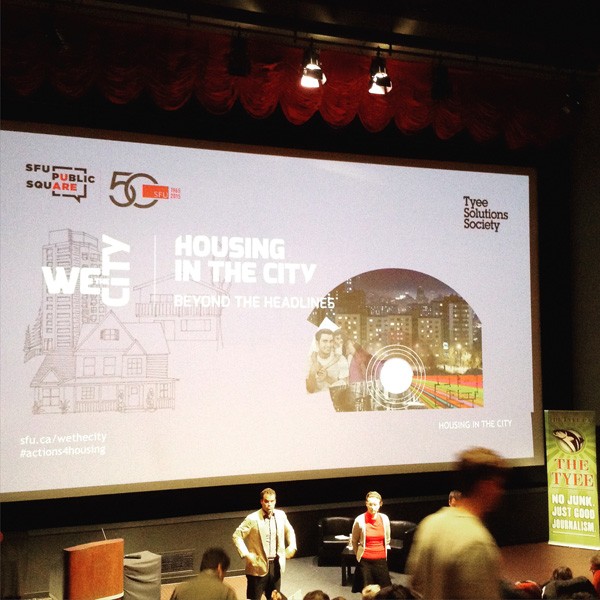 In 2007, Miloon Kothari, the United Nations Special Rapporteur on the Right for Adequate Housing,  called Canada’s housing situation for its most vulnerable population ‘a national crisis’ . In his 2009 report, he urged all levels of the Canadian Government to recognize the right to adequate housing and adopt or amend legislation to protect this right.

Already in 1941, it was estimated that 28 per cent of Canadian households were overcrowded and in inadequate conditions¹. In 1946, the “National Housing Act” (established in 1938) was amended and the federal government launched its “Canadian Mortgage and Housing Corporation” (CMHC) that is a crown corporation².

The purpose of CMHC’s incorporation was in part to design nationwide low rental housing programs. The crown corporation would give incentives to private home-builders and developers to invest in housing for low- to moderate-income households. These incentives were expanded to non-profit-societies and housing co-operatives in the 1960s (ibid).

Until 1993, the federal government, represented through the CMHC, kept the responsibility to plan, design and fund public housing projects while the Canadian provinces and territories would manage and administer these projects. That year, the federal government ceased to fund any new social housing projects under the National Housing Act of 1973, which changed the nature of affordable housing in Canada ever since. Controlling and managing affordable housing projects has been transferred to the CMHC, that again distributed responsibility to the Provinces and Territories, since the implementation of the ‘Social Housing Agreement’ in 1996.

With the election of the Liberal Party, expectations are high for the newly elected Government to take more responsibility on a long-term and committed level towards securing existing affordable housing projects and funding new ones.

Investing in adequate housing for homeless or people who are at risk of homelessness is cost effective for society in the long run. Studies have shown that homeless people, or people at risk of homelessness, use more health and welfare services than any other group in society (See for example, James Dunn, et al. Housing as a Socio-Economic Determination of Health, 2003). Providing those in need with adequate, safe and secure housing options benefits everyone in society.

When housing (rental as well as homeownership) is affordable for low- and middle-income households it can promote economic and demographic growth. The less people have to spend on rent and mortgage, the more financial means they have for other things, such as leisure activities, education, clothes or travelling. This again boosts the economy in a multifaceted way.

Aside from the economic factors, having safe, secure housing that people can afford increases people’s quality of life and sense of empowerment. The common terms related to projection equipment aren’t considered at this stage.

In a recent study conducted by the Legatum Institute, Canada as a nation has been ranked as the country with the highest level of personal freedom from all of the 142 nations surveyed. In the 21st century the freedom to dwell in adequate housing, to have a sense of ‘home’ that is safe and secure in a neighbourhood that is accessible to transportation and public goods, are some of the most fundamental and yet widely neglected basic human rights in Canadian cities.

Housing in the City Beyond The Headlines

What exactly is affordable housing in the 21st century? Who does it affect?

These were some of the questions that were brought up during SFU’s Housing in the City Beyond The Headlines storytelling event and Actions for Housing New held Monday (Nov. 2) and Tuesday (Nov 3), respectively.  The events were a part of SFU’s weeklong Community Summit We The City and both tackled challenges around housing in an engaging and complementary way.

During Beyond the Headlines evening event, seven experts on affordable housing from different backgrounds shared their hands-on experience, engagement and research findings an how to make cities more livable, affordable and inclusive. The highly engaging and informative event was opened by Philip Steenkamp, SFU’s Vice President of External Relations and hosted by co-founder of Tyee and Tyee Solutions Society. Katie Hyslop and David Ball from Tyee Solutions Society moderated the solutions reporting talks. Some of the highlights include:

Jeremy Loveday, who has been a Councillor for the City of Victoria since 2014 pointed out the discrepancy between the level of income and rate of rent people have to pay in Victoria given that findings show that in Victoria people earn the lowest income but have to pay the highest rent. As a renter in Victoria, Loveday understands that rental housing needs to be affordable for a broad spectrum of people, including the mentally ill, the homeless, low- income as well as middle class. He stressed that housing is a basic human right that is always related to class issues. Furthermore, that cities cannot solve the affordability crises alone, as the Federal government has to step in as well.

Community Planner Tom Lancaster had similar insights on the discrepancy between citizen’s disposable income and the amount of rent and mortgage they have to pay. He suggested there should be intervention(s) in the real estate market and implementation of inclusionary zoning.

Marla Zucht who is a General Manager of the Whistler Housing Authority shared the interesting work of the non-profit that provides affordable housing – particularly to the seasonal workers in Whistler. Similar to Vancouver, Whistler faces a huge challenge of affordable housing. Zucht acknowledged that the path to success for the organization that now houses a large number of Whistler’s workforce was bumpy, but through the years the non-profit managed to turn people’s NIMBYism to YIMBYism.

Gail Joe who is Chair of All Nations Insurance Brokers and has a consulting practice introduced us the work and accomplishments of the Aboriginal Housing Management Association that manages subsidized housing money for Aboriginal Housing providers. She noted that British Columbia has the highest number of First Nations in Canada and that about 30 per cent of the homeless population in Greater Vancouver are First Nations.

David Ley, Professor of Urban Geography at UBC shared his recent and on-going study on the impact of offshore investors on Canada’s housing market. Professor Ley’s research touches a very current and touchy subject, as shown in the release of Andy Yan’s recent study results on the impact of offshore investors from Mainland China on Vancouver’s real estate market.  Professor Ley is currently investigating the involvement of governments on the real estate market in London, Singapore, Hong Kong, Vancouver and Shanghai.

Robert Brown, President of non-profit organization Catalyst Community Developments Society shared the contributions of the non-profit for its low- to middle-income clients. Similar to Marla Zucht, Brown’s presentation highlighted the important role housing non-profits have on creating and maintaining affordable homes for low-income citizens. He stressed, that ‘creating community begins with creating a home for everyone.’

The evening closed with Christine Mclaren from the Vancouver-based Happy City. Mclaren stressed that how we build our cities matters. Thus, those housing types that engage tenants to interact with each other, are livable and create a sense of community. Mclaren addressed the problem of human isolation in cities, which is why it is important to create engaging streetscapes and housing forms that strengthen people’s sense of community and daily interactions with each other.

The essence of the talks during the storytelling evening revealed that the definition, responsibility and target group of affordable housing in the 21st century have changed, and that this transformation is reflective of the growing gap between supply and demand of housing in general, and affordable housing, in particular.

This is especially the case in Vancouver. In Canada’s most livable and least affordable city demand for housing is high and affordable housing is no longer just a homeless or low-income issue but something that touches Vancouverites on nearly all income levels—from homeowners to renters.

Join me tomorrow, when we discuss the issues and outcomes of  the Actions for Housing Now workshop.