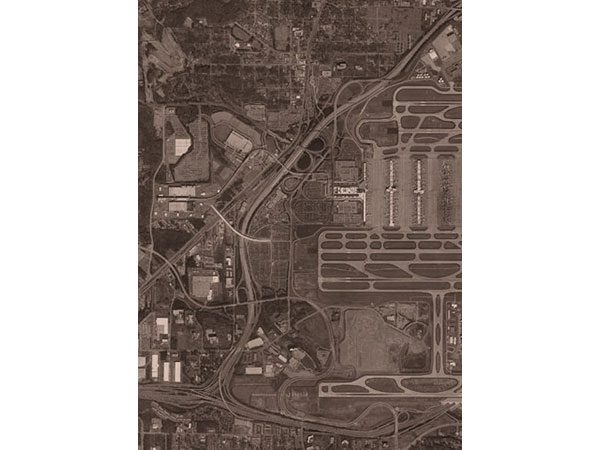 Infrastructural Monument presented the products of a conference of the same name that took place in 2013. The event brought together an inspiring selection of academics and professionals to discuss the role that infrastructure plays and can play in our society, beyond pragmatics. The conference was held by MIT Centre for Advanced Urbanism with a follow up— Scaling Infrastructure—held in a year later, that resulted in its own publication, as well.

Infrastructure can be a relatively mundane topic.  Although infrastructure is a term that describes some of humankind’s greatest engineering achievements, for some reason it is often forgotten.  We have everything from water systems that supply drinkable water to millions of people, for example, to vast networks of roads and bridges that are readily available to us to move people and goods through the landscape, at our leisure.  Although, these are massive undertakings that consume significant amounts of public resources, they find a way to be forgotten. Are our public spaces as amazing as they could be? Is contemporary infrastructure design worth celebrating?  These are the main themes visited by many of the speakers at the conference.

As mentioned, Infrastructural Monument resulted from this meeting of minds, with ideas and perspectives put forth by architects, transportation professionals, planners and academics.  This diversity of approaches to thinking about infrastructure makes reading this book a multimodal experience.  Each chapter is a new speaker and a new idea that stands alone. Some chapters are succinct and easily digested, while others grapple with more high-level academic concepts that can take more effort to tease apart.

Conversely, many of the ideas and questions presented in the book prompted the reader to think about why things are the way they are and how we can approach infrastructure development differently. One of the themes I found particularly interesting revolved around infrastructure and aesthetics. In the past, for example, public parks and buildings were works of art.  These were monuments to the achievements of the civilization, of that era, and there seemed to be more effort put into making things beautiful. The British Columbia Parliament Buildings, in Victoria, would be a good local example of such monuments. Incredibly detailed inside and out, they are buildings that the public could feel proud of.

In contrast, much of our modern infrastructure is unattractive and hostile. In Infrastructural Monument, the speakers suggest that these should be places that we should be proud of, as well.  The average highway interchange or bridge is a multi-million dollar mass of concrete and rebar that is unusable to pedestrians. These are hostile environments if you are not travelling by the right mode. Over time, our infrastructure has become bland and uni-purpose.  Yet, most of our infrastructure is built and subsidized by public funds.

Several speakers in the book argue that the public sector has been under increased scrutiny as government budgets shrink and that this has led to a culture where infrastructure designers are constrained by the public opinion of elected officials.  Public figures do not want to been seen “wasting” money on unnecessary items, so our roads, bridges, and public buildings have suffered. As a result, we end up building places where no one wants to be.

The last sentiment of the book is a dedication to the memory of Manuel de Solà-Morales, a celebrated urban designer and architect that the book describes as a “city-choreographer” who passed away in 2012. He believed that the city was a place for people and worked hard to fight against the encroaching blandness that accompanied globalization. Furthermore, he believed that small interventions could have a significant impact and that it was these details that could make the difference between solving urban problems and causing them—that if infrastructure can be designed as an inclusive monument, it will draw people out and enrich a community.

Overall, Infrastructural Monument offered a good variety of perspectives on the potential role infrastructure can play in our cities and that the job of designers, architects, planners, politicians and engineers is to work together to create works that serve the public good both functionally and culturally.