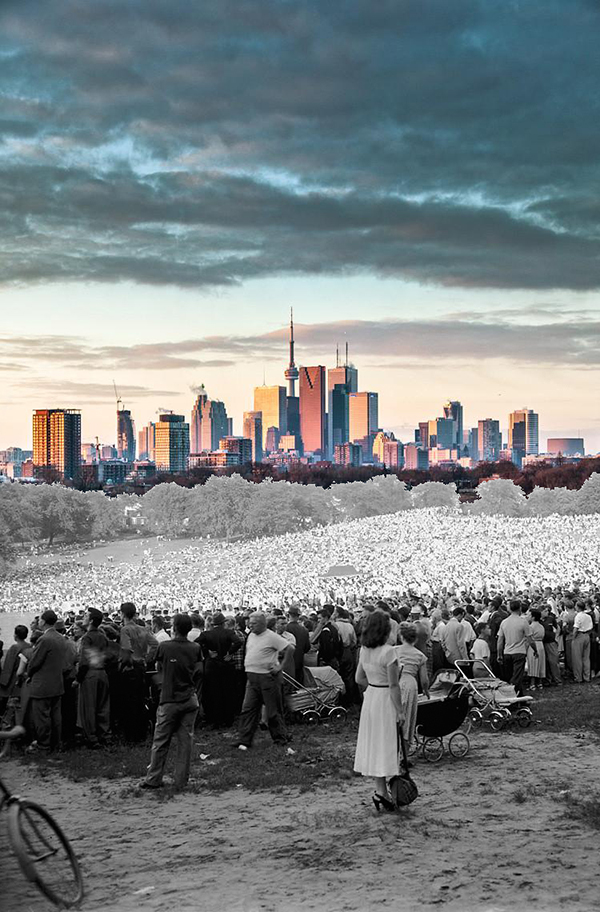 Editor’s note: This is the eighth post in a series by students at the John H. Daniels Faculty of Architecture, Landscape, and Design. Each piece features an idea for an architectural intervention that would to better connect Torontonians with their ravine system. The designs in this series were created as part of Professor Brigitte Shim’s Thesis Research Option Studio or final Thesis Studio. The work and text in this post is by Jessica Ingwersen whose bio you can find below.

Initial research for this project investigated the interface, the ambiguous line, that exists between Toronto and its ravines. After observing the city’s ravines from the outside in, it was clear that they are mainly hidden from view. This has caused them to be underutilized by those not directly inhabiting their borders.

The development of Toronto over the past century has lead to private ownership of parcels of land directly adjacent to the Don Valley Ravine. Landownership is predominantly residential, forming a barrier to the public wilderness below.

There is a disconnect between what the public is able to see and what it is able to access, which influences our individual perspectives of the ravine. Views framed by the built environment present a snip-it of the ravine. Stitched together, these views form a narrative of larger a landscape. 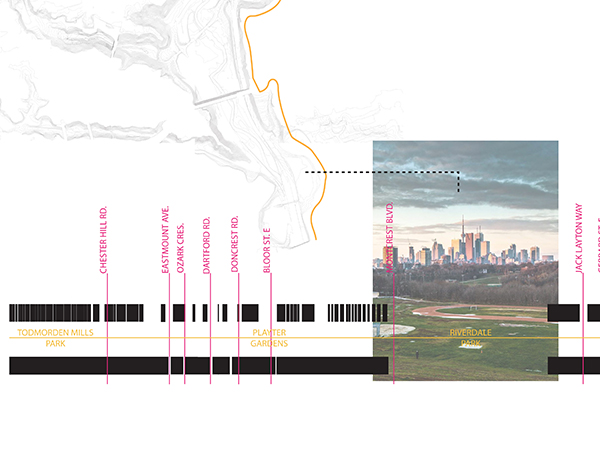 The Site:  Riverdale Park
Riverdale Park is an anomaly. A public space at the ravine’s edge, it has the potential to better facilitate public access to the ravine floor. It also provides the most spectacular view of the city skyline. Historically, Riverdale Park used to be a place of gathering for the city. In 1960, the city used the site as a landfill. Since then, it has been capped, covered with sod; however this traumatic year drastically altered the city’s relationship with the Park. 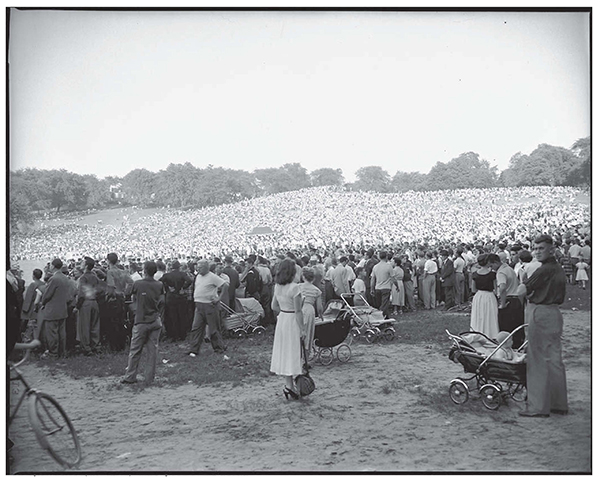 The Proposal
This proposal seeks to remediate the park, improving access to the ravine while redirecting collected water along the slope. The collection of runoff would allow the city to harvest water for irrigation of the landscape and for non-potable use within on-site facilities. The control of the water run off would help restore the landscape by eliminating leachate from reaching the Don Valley water table. It would also prevent water from pooling on the park’s recreational fields. 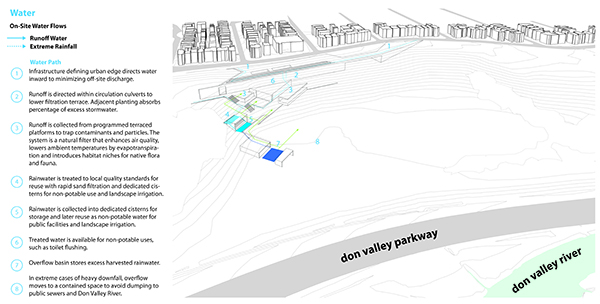 The infrastructure would be integrated into the landscape. It would first collect the water along the park slopes, and then direct it to filtration basins. Catch basins would contain the surplus. Overflow water would rest in a recreational seasonal reflecting pool that would become a skating rink in the winter. Members of the public would be able to circulate through this infrastructure in a manner that follows the flow of water, connecting visitors with the remediation process. Furthermore, the infrastructure would reframe the city view, making us question our familiarity with the city skyline and fragmenting our experience with the landscape on our journey to the bottom of the slope. 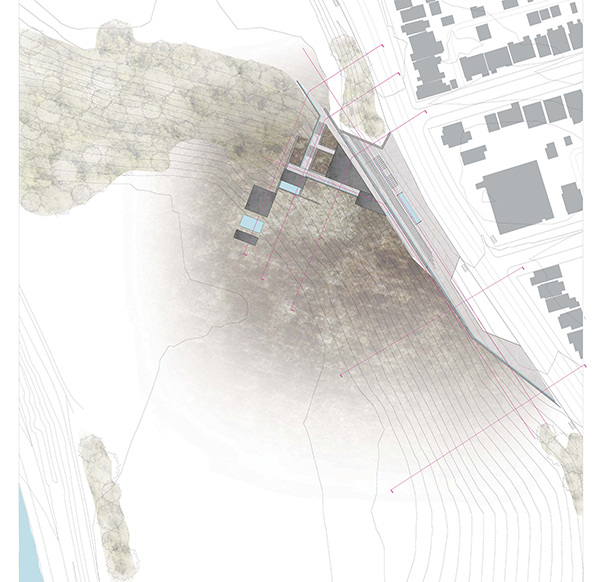 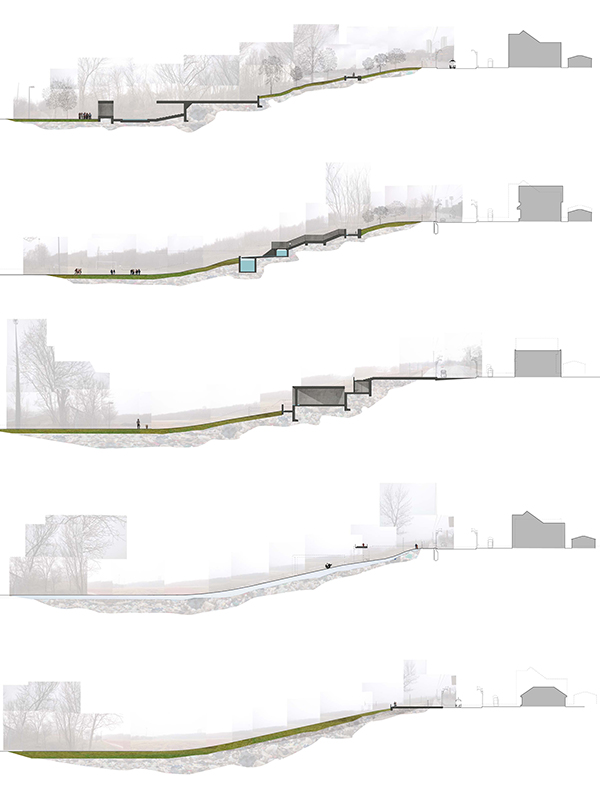 Jessica Ingwersen is a recent graduate of the Daniels Faculty of Architecture, Landscape and Design. Daniels Facutly member, Professor Brigitte Shim was her thesis advisor for her Thesis Research Option Studio in the Winter of 2013 and her Thesis Advisor in the Fall of 2013.