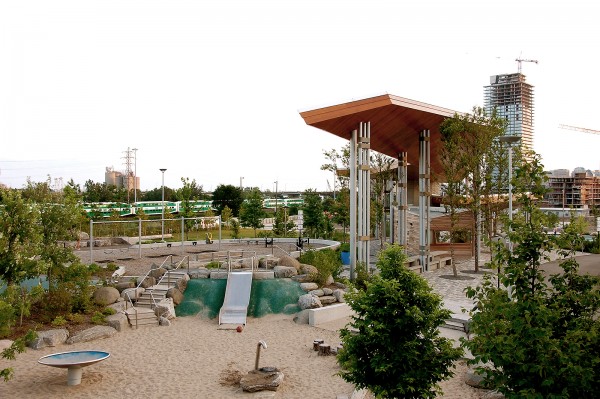 In May 2014, council gave the city’s planning team the green light to embark on a three-year planning exercise, branded TOCore, that’s meant to figure out how Toronto should manage the stunning growth in the downtown, defined by the area between the Don River and Bathurst, and the lake’s edge to a ragged line running along the Rosedale Valley Road and the midtown CP rail corridor).

To no one’s surprise, the overview report notes the steady growth in jobs, households, and population in this area since the mid-1970s, and then poses a pivotal question that should have been addressed before the development horse bolted: “How can infrastructure and growth be better managed and coordinated?”

With parks and public spaces as one of the TOCore’s focus areas, city officials claim that Parks, Forest and Recreation staff are “exploring new approaches” to the acquisition, design and upkeep of downtown parks. The TOCore report further states that “acquisition” is a “priority” in much of the core. But planning officials promptly throw cold water on the notion that the city can purchase land downtown, noting that the funds allocated to such investments are insufficient, given real estate prices that run from $30 to $60 million an acre. As the report states,

“As of April 2014, there is $29 million in the Toronto and East York District (TEY) parkland acquisition reserves (which includes the Downtown study area). In addition, there is $37 million in reserves from the alternative rate cash-in-lieu payments from the three wards that make up the downtown, which can be allocated for parkland acquisition or improvement of existing parks. If the alternative rate reserves from the Downtown Study area were directed solely to land acquisition, with current land values estimated to be up to $30-60 million… the $37 million may only purchase one acre of land in a lower demand area of the Downtown, at best.” [Pg. 78]

Contrast these numbers to the data obtained by Spacing through access-to-information requests, as well as the city’s own reserves accounts: between 2011 and 2014 alone, the three downtown wards generated $142.6 million in levies for acquisitions and improvements. Half of that amount is meant to be spent either within South District or in the core itself (the alternate rate levies, which now account for the lion’s share of new parkland revenues, specify that the funds must be spent “in the vicinity” of the project). Moreover, there’s no reason to believe that the torrent of levy revenue from downtown development will slow anytime soon.

All of which raises a tough question: if the city identifies parks and open space as a form of infrastructure that’s under pressure in an area facing hyper-growth, why won’t it make the necessary investments to address the shortfall? Is the inaction due to bureaucratic intransigence, or the dearth of political will on council? No one begrudges earlier generations of civic leaders who had the foresight to invest in great public spaces like High Park or Central Park. Why can’t we provide the same benefits and urban spaces to future generations of Torontonians?

As we’ve tried to show with our investigation, money — or the lack thereof — is not the problem. The problem is that the city has no vision of how to provide park space in high growth zones, and no sense of urgency or mission about addressing a deficit that become more acute with each new development application.

Herewith, Spacing‘s editorial team presents 10 proposals for putting parks back in the picture.