Adopted by the Vancouver City Council in February 2018, the 20-year Northeast False Creek Plan calls for the replacement of aging and decaying viaducts, or approximately 2.6 kilometers of elevated freeways, with a new mixed-use development and waterfront community. What began as an infrastructure project, however, has evolved into a transformative planning process about people, reconciliation, cultural redress, and reconnecting communities.

Today Northeast False Creek makes up 10 percent of the downtown peninsula and consists of a complex pattern of mostly brownfields along one kilometer of False Creek waterfront near downtown Vancouver, British Columbia.

The Northeast False Creek Plan provides an opportunity to reconnect through reconciliation, replacing the Georgia and Dunsmuir viaducts with strong cultural, social, and physical linkages. The neighborhood will become a place that honors history, reflects community values, and establishes a new model for great city building into the future.

The result is a new street design that connects people and places that were once divided by the elevated freeways. The new Pacific Boulevard will accommodate all existing traffic and improve access for all other modes, including the provision of a future streetcar, while Georgia Street will extend to the water’s edge, providing a critical emergency route directly into and out of the downtown.

Through partnerships and collaborations, the city has strengthened its relationships with local First Nations and Urban Indigenous peoples and advanced cultural redress with Chinatown and the displaced black community of Hogan’s Alley. Further, the plan includes strategies for achieving healthy communities. 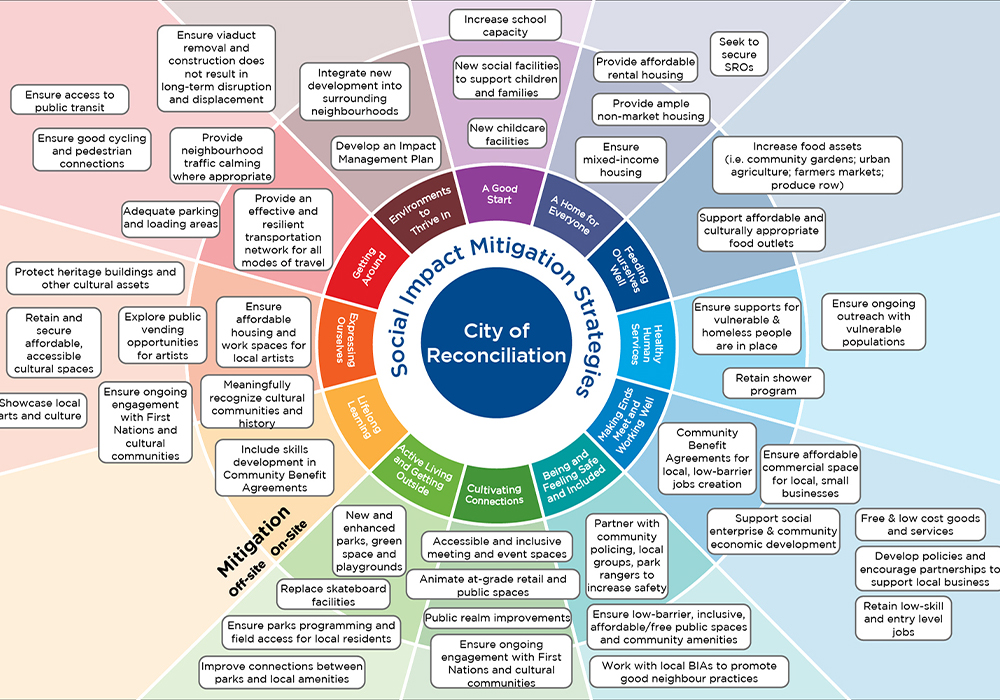 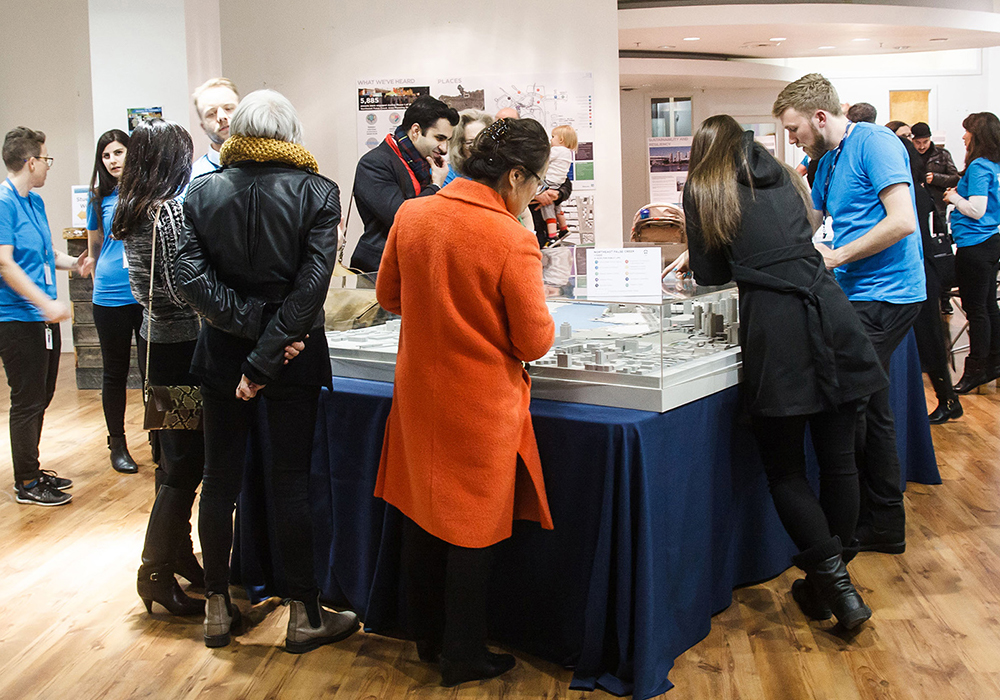 A community event at a rented storefront attracts hundreds of interested residents.

Northeast False Creek Plan is a self-funding project that leverages new developments to advance numerous social, economic, environmental, and cultural objectives. The project is expected to create 12,000 new homes — including social housing for 3,300 people — 32 acres of new or renewed parks and open spaces, at least 6,000 new jobs, and $1.7 billion in public benefits and amenities. With improved access and new pedestrian trails, more local residents will be able to enjoy the waterfront and its entertainment activities. A resilient street network will replace aging infrastructure that is vulnerable to earthquakes and other natural disasters.

Finally, the plan strengthens the city’s connections with Vancouver’s First Nations and other minority populations. The policies set forth in the plan reflect a balance between community values and city objectives, and can be adapted to other jurisdictions hoping to achieve similar objectives. 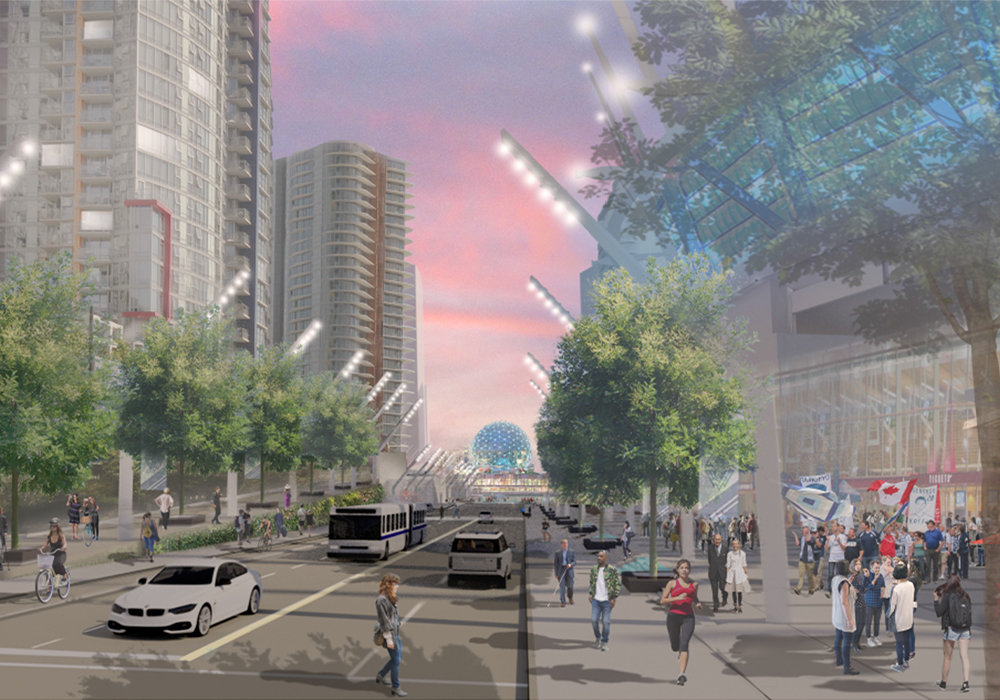 Under the new plan, Georgia Street will connect downtown Vancouver, British Columbia, to the waterfront.