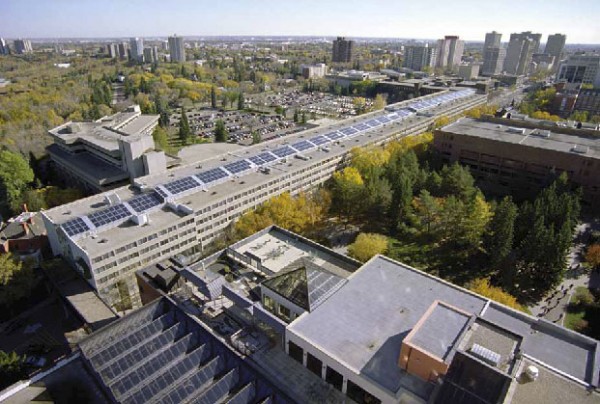 Editor’s note: Part III of Trevor Boddy’s essay, EDMODERNTOWN: Four Factors Shaping Edmonton’s Architecture, which was initially published in the Capital Modern catalogue from the Art Gallery of Alberta, 2007 . Click here for Parts I and II.

Architecture is the most social and public of the arts, impossible to understand without first acknowledging the particular forces that play on its institutions, businesses and politicians, as they are the clients that make it all possible.  Perhaps more acutely than elsewhere in Alberta, Edmonton demonstrates the collision of a set of communitarian values born of the early 20th century’s Social Gospel movement, with a small business, community-service mindset born of the oilfield service companies at the core of our economic modernization.

With the 1978 Commonwealth Games, annual Folk and Heritage Festivals, Community League movement, and other institutions, Edmonton has an astonishing rate of volunteerism, so extreme as to almost become a form of entrepreneurship itself (just try getting near a high profile unpaid job at the FolkFest!)  With this blend of post-Christian community spirit and a small business-derived attitude of “Pitter, patter, let’s get at ‘er,” it is no wonder that Edmonton has a reputation for the arts, for festivals of all types, for an openness of spirit and caring not found in its ultra-corporate sister city to the south.  There are strong historical reasons why the Capital City, in relative terms, votes “Redmonton.”

The architectural net result of this is an enduring tradition of innovative public buildings in Edmonton.  Some examples: the constructions on the University of Alberta campus (note the original emphasis on student lounge spaces in the Student’s Union Building, followed by the always-open public agora of the HUB Mall); advanced designs for crown corporations like Alberta Government Telephone’s original constructions right up to its Jasper Avenue double-tower; the finer than most Canadian equivalents detail in Edmonton’s Edwardian main Post Office (demolished, alas, to make way for the Westin); our late and lamented Space Ago goes Le Corbusier 1958 City Hall. With these and many more, Edmonton has a collection of public buildings the equal of any city in country.

By contrast, and noting welcome exceptions like the Milner Building, constructions for private businesses in Edmonton tend to be el-cheap, throwaway, derivative, clutzy or just plain boring. Our businesses like to build what they know—work-sheds—with the largest and most famous of them being that vast Edmonton mall. W.E.M is all mirrored faux-glam on the inside, oilfield service warehouse on the outside. It is revealing of this tendency that there are precious few constructions in this volume which are not private homes or public buildings, and the reason for this is the communitarian entrepreneurship forged by our economic, social and religious history. 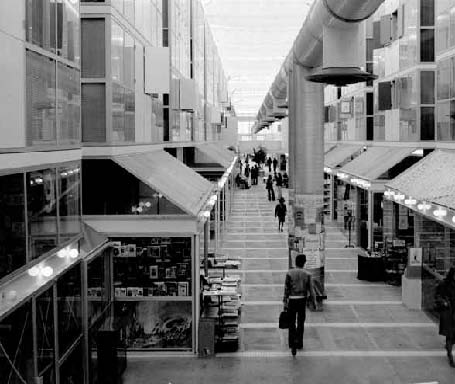 TOMORROW (Part IV): The Idea of North = Latitude for Innovation