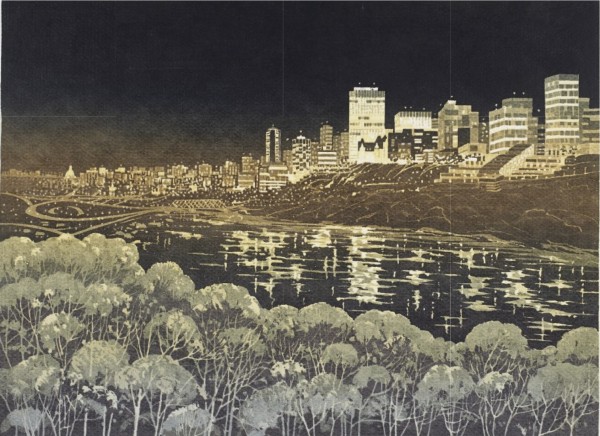 My attitudes to my hometown of Edmonton evolved with repeated trips to arctic Canada to visit my polar explorer brother.  Hay River, Yellowknife, Iqaluit, then Cambridge Bay, each of his northern towns of residence told me a little bit more about the city where Brent and I were born. There is messy vitality in all of these towns, to be sure, but there is also a way of seeing and a way of looking unique to the north.  Glenn Gould’s truly brilliant sound collage and narrated text called “The Idea of North” was an important first essay in the aesthetics of all things northern.  With the subsequent turn to global media culture, there has been precious little more of this type of inquiry, even from our artists, writers or national public broadcaster.  Maybe this will change when celebrities start going north, or with a cold war anew over arctic natural resources and shipping lanes.

Stars of another type, it is not just the northern lights or the extended sun-days, but a general obsession with light at the core of our northern sensibility, and in our best architects palettes.  There is no northern equivalent to the generic, grey light of Paris, Vancouver or Amsterdam, but rather high latitude light renders all with laser-like precision.  With intense light amplifying construction details and boosting the perception of building proportions, our best architects are able to render simple boxes in exquisite ways, using modest design device to deliver a maximum of architectonic expression. It surprises most people, here and elsewhere, to learn that Edmonton shares almost the same latitude as London, Amsterdam, Berlin and Moscow.  These were the four cities where, more than anyplace else, Modern architecture has seen continuing re-invention, and there is a strong argument that the Modern Movement itself is a northern phenomenon.

Edmonton has been home to significant architectural invention for a city its size, but remoteness and a near-total shunning of self-promotion means the world knows little of it.  Thanks to a fine exhibition and book team—volunteers, wouldn’t you know it—initiatives like this guidebook can make a real difference.  In many ways this volume, even my essay is a tease, as the true golden age of Edmonton architecture falls directly after 1969 terminus date for this book and related 2007 CAPITAL MODERN exhibition at the Art Gallery of Alberta.

This is because by indices like prizes, publication or attraction of talent, in the early to mid-1970s, Edmonton was the most architecturally advanced and interesting city in all Canada, when an oil-fired construction boom coincided with a new generation of architect-intellectuals. These designers were afforded enormous latitude to experiment, innovate, even make mistakes.  Edmonton is home to Toronto’s Diamond and Myers’ best two buildings, the HUB Mall and Citadel Theatre, both completed then in association with R. L. Willkin, plus such plastic and romantic works from Douglas Cardinal as Grande Prairie College and his own Stony Plain residence, plus almost the entire architectural output of the early 1970s from Don Bittorf and Peter Hemingway.  Inspired by the buildings and ideas collected on these pages, I hope a second book and exhibition follows on Edmonton architecture after 1970. Whenever our buildings are constructed, you will find the same four factors, those Edmonton equations of advantage and liability, that are the calculus of creativity for this city. 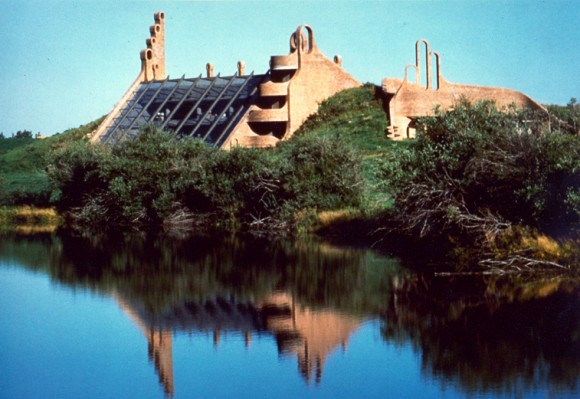 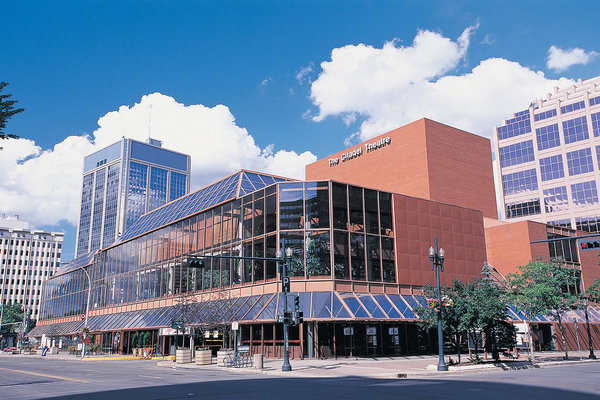