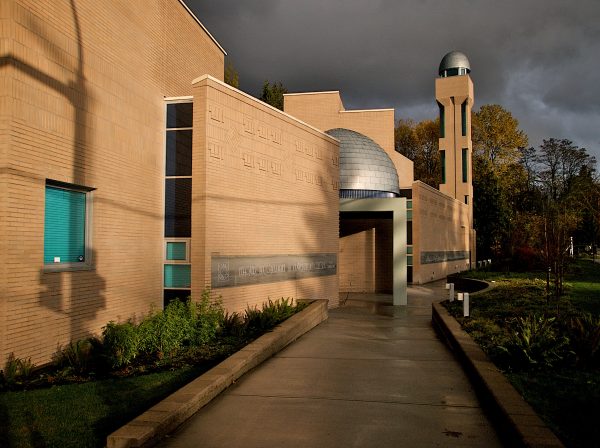 The attack on the mosque in Quebec City early this year left many Canadians deeply perturbed. While we were still grappling with the loss of lives and the event’s deeper implications on our collective values, more troubling incidents followed. Anti-Muslim rallies were held outside a downtown Toronto mosque while other Muslim places of worship in the GTA and Montreal and Calgary continue to be attacked.

These incidents exposed how urban mosques — spaces once thought to be sanctified — quickly become vulnerable and easy targets for expressions of anti-Muslim sentiments. Many Canadians responded swiftly with short-term solutions to address this vulnerability; they left messages of support at different mosques and even held counter-rallies.

For Muslims, however, these incidents have long-term impacts. This is not least because mosques are more than places of worship for the more than one million Muslims living in Canada. They perform a larger social function that is less commonly understood: mosques are important city building hubs, particularly for visible Muslims, Muslim communities of colour, and newcomer Muslims, to name a few. Here are three of those functions:

In my home country of Malaysia, mosques are primarily spaces for worship and people who frequent them tend to be seen as “religious”. Here, I see Muslims gather in mosques for myriad social activities. At the weekly study group I attend, friends often stay to mingle long after studies are over. The weekly potluck lunch following Friday prayers at my family’s local mosque is something I look forward to. In fact, one of my mosque’s liveliest occasions is the annual “Henna Night” where community members gather to snack on samosas and halwa, get some henna “tattoos” and catch up with one another. Mosques in Canadian cities are places where people come not only to worship, but also to connect with others who share their ethno-religious backgrounds and reaffirm their cultural identity.

According to the latest census data, large swaths of Muslim communities, the majority of which are concentrated in urban areas, are made up of immigrants and newcomers. Mosques, then, become natural sites where immigrant and newcomer Muslims can tap into community networks for help with their settlement process including finding work, registering their children for school, getting a driver’s license or even buying groceries. For many newcomers — my family included — finding safe and affordable housing without a credit history is an immediate challenge upon arrival. A personal family friend actually headed straight to a nearby mosque and found a landlord from whom they were able to lease an apartment without a credit history or even signing a contract with us.

Mosques as hubs for community engagement

Muslims regularly utilize mosque spaces to engage in projects like community gardens, food banks, and soup kitchens. My parents, for example, were not regular volunteers back in Malaysia. Here, they spend hours helping organize our mosque’s food bank, which serves anyone in need across the city of Brantford. Every summer they donate vegetables from their garden to the mosque’s fundraisers. Several of my friends started a project in 2016 utilizing unused land around mosques as community gardens. The last federal election saw mosque spaces across the country being animated to move Muslim voters to the ballot box. Similar to the way Black churches were used to create social and political change beginning in the 18th century, mosques today are paving the way for the Muslim communities to engage in long-established traditions like community service and civic engagement within the Canadian context.

Canadians have selflessly contributed to the process of restoring the safety of mosques and other Muslim prayer spaces since the tragic shooting in Quebec City. They’ve held counter-rallies in front of mosques, dropped off flowers and notes of encouragement and support, there were even “rings of peace” formed around mosques. For their part, Muslims continue to invest their energy into animating mosque spaces to serve their immediate community and the larger communities around them. It is in our collective interest to that mosques continue to thrive as placemaking hubs in our cities.

Shazlin Rahman is a Malaysian-born, Toronto-based city-builder, community organizer and freelance writer. Prior to moving to Canada, Shazlin studied architecture in Malaysia and Australia. She brings together her passion for city-building and equity through urban affairs writing focused on how Muslim women experience urban spaces.