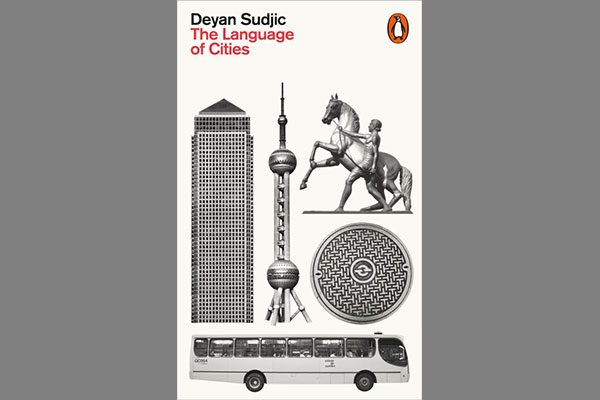 The early moderns did all they could to find ways of controlling the uncontrollable city. We do not belong to a generation that has the shared faith enjoyed by the pioneering architectural modernists. Theirs was a generation free from the luxury of self-doubt. Ours is not, and that is why we struggle now in trying to find a renewed sense of purpose about what cities should be.

In a special city-themed issue of National Geographic released just this month, the magazine throws down the gauntlet, saying that by 2050 the world’s population is expected to reach 9.8 billion, and 70% of which—that is to say 6.7 billion—will live in cities. Such is the stuff of this recent book from Deyan Sudjic, former editor of Domus and current Director of the Design Museum in London, giving us a cutting edge commentary of the current states of our global cities.

Chocked full of fascinating details of many of the cities he visited while editor of Domus —Tokyo, Mexico City, Shanghai, New York, Moscow, Istanbul, Mumbai, Brasilia, and of course his hometown London—all are featured here in astonishing detail, each offering their own lessons learned based on their size and growth. These are described alongside other non-cities such as Canary Wharf in London, the World Financial Center in NYC (now called Brookfield Place), Silicon Valley in California, in addition to settlements in both the developed and developing world, such as Syrian refugee camps and people sleeping in their cars in Palo Alto.

As a trained architect, Sudjic provides his critical eye as both commentator and curator—more recently for Norman Foster (he narrates the architect’s 2010 documentary “How Much Does Your Building Weigh, Mr. Foster?”)—using a wide array of architectural and planning references, citing the Congress for New Urbanism (CNU) in one paragraph, and Venturi and Scott-Brown’s Learning from Las Vegas in the next. Jane Jacobs and Christopher Alexander are here alongside some notable architects, including Rem Koolhaas and the aforementioned Sir Norman Foster.

The book is divided into six concise chapters —What is a City, How to Make a City, How to Change a City, The Government of Cities, The Idea of a City and as an afterword, Crowds and their Discontents. Each features a provocative discussion of several cities whose population is now in the tens of millions, starting with the largest, Tokyo‚ whose population is now 37 million, with an annual operating budget in the billions of dollars.

Jointly inspired by a pre-Renaissance painting in the Siena City Hall, along with an art installation at the World Financial Center in NYC by Iranian-born artist Siah Armajani (which readers also learn was built by the same movers and shakers who built Canary Wharf in London), the book is incredibly current given it is now already two years old. The pop culture references one would expect to see are all here, including smartphones, Starbucks and social media, Uber and Airbnb, Brexit and the Arab Spring, autonomous vehicles and artificial intelligence. There is even a single reference in the book’s opening pages to the current POTUS, though wisely choosing to refer to him only as the 45th president and not commit his name to print.

The first chapter, and first order of business for Sudjic, is to define what is necessary to be a city, deciding in the first paragraph that its population should be somewhere between 10,000 and 37 million. However, later in the chapter he admits that a good average size is more like a million, pointing out that it was Rome that reached the milestone first, with London being second 1800 years later. He also highlights that, at the beginning of the twentieth century, there were only 16 cities this size in all the world—there are now over 400.

Even more fascinating is his notion of the three things that have most influenced cities over the course of history—the automobile, the shipping container, and three-electrode vacuum tube. The first is obvious, while the second, demonstrating with Canary Wharf, dramatically transformed former upstream port cities. The third, on the other hand, allowed for the large-scale and now global communication of the cities, truly making us a spaceship earth as noted by Buckminster Fuller, who is also often cited in Deyan’s writing.

In the book’s second chapter, Sudjic looks at five essential elements of a city: its name, its monuments, its people and resources, its streets, and lastly, its navigation. Each is rich in details Deyan has gleaned from his travels, most recently including the 2013 riots in Istanbul, along with the rebuilding of a church next to the Kremlin. In the section on streets, he points out how numbered streets are for cars, while named ones are for pedestrians.

In the section on navigation he recounts the story of the design of London’s Tube map by former electrical engineer, Harry Beck, closely followed by Massimo Vignelli‘s equivalent for the New York subway. And he points out how New York City recently replaced 250,000 street signs to change their Highway Gothic Font to Clearview, citing the latter as more legible and therefore safer.

But it is the book’s third chapter—How to Change a City—which is perhaps the most interesting, focusing on four cities and the dramatic changes they have undergone since their inception. Deyan gives the most attention to Canary Wharf in London, alongside La Defence in Paris (with several references to Haussman’s reconstruction) set next to the more recent transformations of cities in China, here represented by Shanghai and Beijing. In particular, the story of the power play and their political underpinnings at Canary Wharf are fascinating, the particulars of which Deyan would have had access through Foster’s Jubilee Line station contribution to the mega-project. It is also the chapter in which he demonstrates his argument for how the shipping container transformed the modern city.

The fourth chapter of the book includes a curious examination of Walt Disney and his notions of how to govern a city, with references to Celebration and the EPCOT Center. Sudjic points out how he engaged several architects related to the latter, some of the most notable contributors being Michael Eisner and Aldo Rossi. Just as interesting is a picture of Walt with Henry Ford and Robert Moses during the 1964 World’s Fair in New York, as a sort of triumvirate of visionaries for the modern city.

It is in this chapter that he puts Moses alongside Haussmann, and what they did to shape their respective cities. Moses’ time in 1964, as Sudjic points out, was coming to an end, with the World’s Fair being his last positive contribution to the city before being shut down by Jane Jacobs (with his attempt to put a freeway through Greenwich Village). It is also the chapter in which Deyan cites the reference to ‘The Allegory of Good and Bad Government’ by Ambrogio Lorenzetti, which he cites as a prime inspiration for the book, confessing as much in the book’s closing pages that he wrote most of the text in a farmhouse a half an hour from Siena’s Palazzo Pubblico.

The fifth chapter—The Idea of a City—cites several treatises on the city, both literary (Dickens for London and Zola for Paris) and architectural (Reyner Banham in Los Angeles and the aforementioned Venturi and Scott-Brown in Las Vegas). It is a wonderfully detailed exploration of how the city has played out throughout history in the human imagination, from Plato’s Republic to Ridley Scott’s Blade Runner. The chapter closes with a fascinating look at Silicon Valley, with stops at the headquarters of Google, Facebook, and Apple (the latter by Norman Foster), and a focus on Friedrich Engels‘ writing on Manchester, the first city to fall under the influence of the First Industrial Revolution.

The sixth chapter, Crowd and their Discontents, while important perhaps should’ve been a whole book unto itself, leaving discussion curt. It includes a discussion on the effect of tourism and Airnbnb’s on cities around the world, as seen in a recent New Yorker article about what Barcelona is doing to counteract the impact of 20 million people annually visiting their city of 1.6 million residents. Perhaps Sudjic can use this chapter as a springboard to include more recent developments, including New York’s recent introduction of a congestion tax and the city’s mayor looking to ban the construction of steel and glass high-rises.

As one of the most poignant and current writers on architecture and planning—with his 2005 book The Edifice Complex essential reading—Deyan Sudjic here has offered us some amazing insight into the idea of the city, with an insider’s perspective on various topics, including the several Norman Foster projects mentioned throughout, such as the massive Beijing airport, London City Hall, City Centre in Las Vegas, and the recently opened Apple HQ in Cupertino. Though his narrative is heavily from a Londoner’s point of view, he gives us a richly detailed lattice work, to borrow Christopher Alexander’s term from his essay ‘A City is not a Tree,’

With a select few black and white images included, along with a cover depicting a bus from Curtiba, One Canada Square in Canary Wharf, the Pearl Tower in Shanghai, a statue from Siena, and a manhole cover from Tokyo, The Language of Cities is a must read for anyone with a vested interest in the future of our cities— planners, architects, politicians and educators alike will all be richer having it in their library and at their fingertips.

For more information on The Language of Cities, visit Penguin’s website.