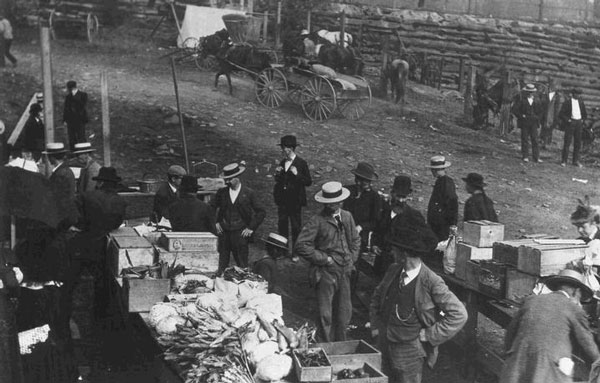 When you think of suburbs, you don’t typically think of a charming, local shopping experience. Big box stores, retail chains and sprawling parking lots are more likely to come to mind. But it doesn’t have to be this way, as suburbs like Metro Vancouver’s New Westminster are proving. With its re-invented public market, the city is helping bring back the local shopping experience and attracting a new generation of young families to its historic downtown core in the process.

Originally the capital city of British Columbia,  Downtown New Westminster sits along the banks of the mighty Fraser River – once a hub of trade and commerce. Its main street – Columbia Street – is lined with brick heritage buildings, and nearby Front Street along the waterfront was originally home to one of British Columbia’s first public markets in the late 1890s.

New Westminster got another public market  – Westminster Quay Public Market – over 100 years later (a period in which the entire city burned to the ground and lost its provincial capital status to Victoria, BC). In the mid-1980s, the new market was developed to revitalize the fledgling Metro Vancouver suburb. Its popularity was relatively short-lived.

With the rise of global big box supermarkets, New Westminster Quay Public Market, like many local shops in suburban areas, lost its way. As of July 2007, the Quay’s commercial component had noticeably decreased, with many vacancies. It was around that time when Mark Shieh, a budding Vancouver entrepreneur, urbanist and developer, saw an opportunity to turn things around, revitalizing the market – and the entire downtown of New Westminster – in the process. 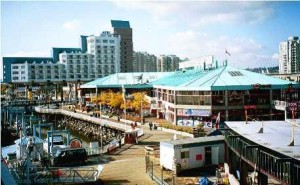 “A few years ago, if you came to the Quay, you would be disappointed: half of it was empty and the other half was a mix of imported products,” said Shieh. ” It was a downward spiral. If a customer comes to the market and the fish isn’t fresh, they don’t come back and if they don’t return, it gets worse and worse.”

In 2008, Shieh and his team embarked on creating River Market, a “food-led revitalization” of the Westminster Quay Public Market, aimed at strengthening the local food economy and on reintroducing the public market as a focal point of community life.

“We were interested in this idea of how do you reinvent a public market. In the 1980s there was a lot of excitement about public markets. People just thought if you had a waterfront location you could make these things work but they are much more complicated than that,” said Shieh. “Now, there is competition from the chain grocery stores, like Urban Fare and Choices, which have adopted a market feel and can locate wherever they want and there was less of a reason to go to the public market – and that was the start of our project – how do you reinvent the public market to offer more than a supermarket so it is relevant in your life?” 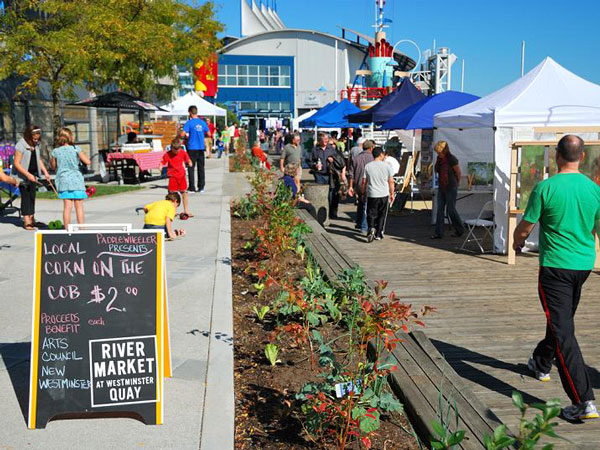 According to Shieh, River Market was modelled on the 3Cs: “the market side is commerce but the public side is community and culture.”

The once half-empty market is now home to popular independent Vancouver grocery and food retailers like Donald’s Market, Re-Up BBQ, Wally’s Burgers, Wild Rice, and a Winter Farmers Market, which all reside on the main floor, dubbed the “Hungry Floor.”

“We went out and looked for some of the best independent restauranteurs,” said Shieh. “We may have to do some convincing – maybe even begging – but it worked!”

On the second floor – the “Curious Floor” – there is Vancouver Circus School, an artisans market along with work/sell studios that are variously occupied by potters, soapmakers and other artisans. There is also a banquet hall and the Network Hub, which provides shared workplaces for entrepreneurs.

As Mark and his team at River Market move into the next phase, they are trying to determine how to support local businesses so they can thrive, looking for even more ways to get people out of their homes and shopping locally.

“In a context that favours big boxes and chain stores, how do local businesses compete?” said Shieh. “There is globalization, but there is also the rise of local. What makes neighbourhoods interesting is those small independent businesses. Being able to walk down a street and have eclectic quirky stores. It is a struggle to compete. Some people will come to the stores at River Market and comment on the price – ‘why can I find it cheaper somewhere else?’ And it comes down to how do you interpret value. You could say there are timeless human needs to be healthy and to connect people and the outdoors and those probably won’t change much.”

In addition to offering a walkable, local shopping experience, River Market hosts a diverse array of events to bring people together, such as lunchtime yoga, children’s baking and Lego classes, a farmers market and a Philosopher’s Cafe.

“The next framework will be the activity economy, where we are cooking together, growing food together, demanding physical contact,” said Mark. “At the same time we are getting globalized, we are also getting localized.”

Mark’s long-term goal is for River Market to become one of the top 10 food markets in the world by 2020. His team’s efforts are already paying off. River Market was named a Land Award at last year’s Real Estate Foundation of B.C. Land Awards. And according to Mark, local residents are showing up at the market in droves, embracing his vision of local food and community.

“There are a lot of young families in New West. We already have stroller jams!” 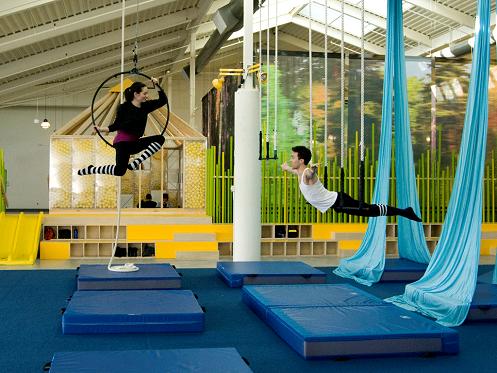 Jillian Glover is a communications advisor who specializes in urban issues and transportation. She is a former Vancouver City Planning Commissioner and holds a Master of Urban Studies degree from Simon Fraser University. She was born and raised in Vancouver and is very interested in how people in urban environments engage in their cities. In her spare time, she writes about urban issues at her blog, This City Life.