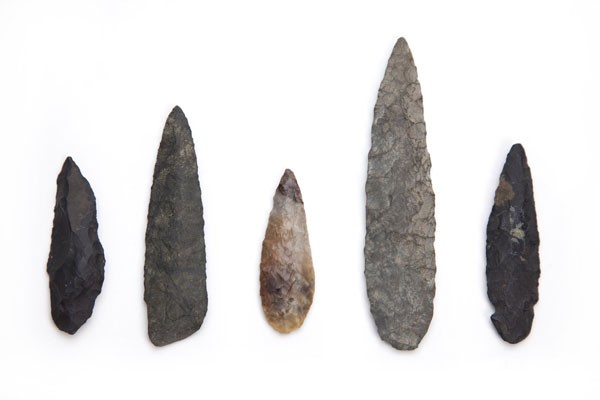 A public controversy erupted in 2012 when ancestral remains were unearthed during the pre-construction of a condo development on southwest Marine Drive, near the Arthur Laing Bridge. First established around 5,000 years ago, the site holds deep significance for the Musqueam First Nation as an ancestral village known as c̓əsnaʔəm and was known to archaeologists worldwide as one of the most important archaeological sites in Canada. After leading a 200-day vigil that made national headlines, the Musqueam succeeded in halting the development.

The dispute raised questions about the rights of private property holders versus Indigenous communities and became the inspiration for a joint exhibition by the Museum of Vancouver, the Museum of Anthropology and the Musqueam First Nation that opened in 2015. The exhibit explores the long significance of c̓əsnaʔəm as a vibrant, resource-rich community where generations of families lived, worked and buried their people.

“The controversy prompted a lot of questions. Who defines heritage? Who decides what is preserved? Whose heritage is celebrated?” says Viviane Gosselin, curator of contemporary culture at the Museum of Vancouver. “[We] wanted to engage directly with these questions by presenting the controversy within the context of the city’s early development, and Musqueam understandings of the place we now call Vancouver.”

Last Thursday, as part of the Vancouver Historical Society Speaker Series, Gosselin shared the stage with University of Waterloo Professor Susan Roy—whose doctoral research on early excavations was key to the exhibit—and Musqueam Elder Larry Grant, who served on the cultural advisory committee. Together, they spoke about “righting” Vancouver’s history by encouraging visitors to reevaluate their narrative of Vancouver as a new city and revealing how the city was built upon, and alongside, a vibrant Musqueam community that dates back thousands of years and extends into the present day.

“I thought museums only showed things that were dead,” said Grant, recalling childhood trips to the Vancouver City Museum (MOV’s predecessor), which celebrated Vancouver’s past but represented Indigenous people as a vanishing race. Grant said the exhibit was an opportunity to present c̓əsnaʔəm’s history and continued significance from the Musqueam perspective and share his community’s role in shaping Vancouver.

The multi-site exhibit, which won a Governor General’s History Award for Excellence in Museums last fall, was groundbreaking in its degree of community engagement and collaboration. In an email, Gosselin explained that the project involved extensive consultation, adoption of a shared language informed by Musqueam perspectives, in-depth interviews with knowledge holders and use of digital technologies to create links between Musqueam culture and the history of Vancouver.

The cultural advisory committee helped the Museum of Vancouver understand and interpret the extensive collection of bone, stone and shell artifacts that were removed from c̓əsnaʔəm without permission by MOV’s precursor during the 1920s and 1930s. The committee—comprised of six community leaders—decided which objects to include in the exhibition (the term “belongings” was used instead of “artifacts” to emphasize that these were personal items) and wrote the panels explaining their significance.

Visitors are invited to hear from several community members through a series of video interviews and interact with digital displays revealing the context in which the belongings were used.

The exhibit was also an opportunity for MOV to reflect on an uncomfortable part of its institutional history. The museum is explicit about its role in erasing connections between Indigenous peoples and the history of the city, perpetuating the notion that Indigenous people were a vanishing race. Gosselin says the acknowledgement was couched in reconciliation.

“Part of “righting history” to use Larry Grant’s expression when he describes the aim of the project, is to create an exhibition that engages the public in a critical history of city building, colonialism and museum practice,” she said. “We are acknowledging how MOV’s work was implicated in that colonial history, to take responsibility for our actions.”

Gosselin says this is the beginning of continued collaboration with Musqueam and hopes the exhibition contributes to larger conversations about reconciliation between Aboriginal and settler communities in Canada.