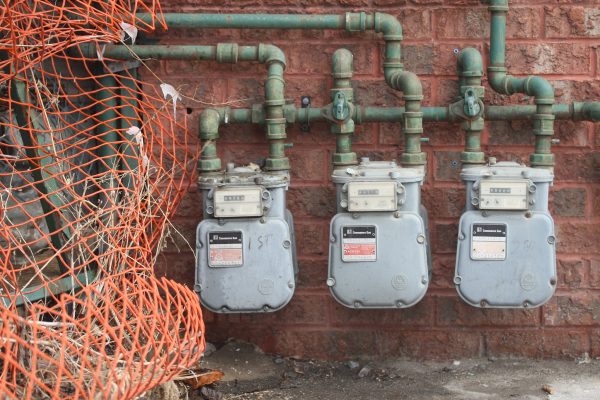 At its meeting earlier this month, Toronto city council endorsed two policies — one substantive, the other symbolic — to add further lustre to the City’s claim to be moving towards a low/no emission future over the next few decades.

As I wrote in this space earlier in the summer, the first — a “net zero existing buildings strategy” — is a mash-up of calls for more reports and changes to provincial regulations, a baby step in the right direction, but well short of a suite of policies that actually acknowledge we’re in the throes of a climate crisis.

The second, a member’s motion moved by Mike Layton and Shelley Carroll, recommended that council endorse something called the “Fossil Fuel Non-Proliferation Treaty” and re-affirm the City’s commitment to the Paris targets, yada yada yada.

I would feel more sanguine about such moves if the City was willing to back them up with an actionable, adequately funded strategy to begin weaning homeowners and property managers off their (and our) addiction to natural gas as a source of space and water heating.

The emissions generated by the burning of natural gas for these two specific purposes accounts for half of Toronto’s annual production of greenhouse gases. But despite that bracing statistic, there’s almost no evidence I can find to suggest even the germ of a long-range plan to address this particular facet of the City’s carbon habit, which is extremely problematic.

Put more simply, if Toronto council wants fossil fuel non-proliferation, whatever that is, it should look within the borders of the City instead of hiding behind this kind of green-washing.

There are thousands of kilometres of gas mains running under the City’s streets. They deliver natural gas to virtually every address, old and new. The gas is cheap compared to electricity, and that economic reality won’t change anytime soon. This wicked problem, in other words, won’t sort itself out, even with gradual increases in gas rates due to carbon pricing.

So where to begin?

Alternative technologies to gas furnaces and water heaters exist, are on the market, and work well as substitutes. What’s needed is an incentive program that will spur homeowners and property managers to invest in air source heat pumps or tankless water heaters in order to significantly reduce or eliminate their need for natural gas.

For many years, the Ontario Energy Board (OEB) has allowed Enbridge to offer rebates designed to encourage homeowners to upgrade to high-efficiency furnaces. The cost of these programs is built into the rate. While high-efficiency is better than low-efficiency, the fact is that the best furnaces still use gas, which is good for Enbridge but not so good for the climate.

All long-term emission reduction plans are premised on increased consumption of clean or relatively clean electricity. Consequently, electrical utilities and local distribution companies like Toronto Hydro will see their revenues soar in the coming decades. What’s missing from this picture is an incentive/rebate program offered by electrical utilities to encourage homeowners to fuel switch, i.e., to invest in electric space and water heating devices.

There’s no magic here. Electrical utilities are also subject to OEB regulation and the incentive programs work, or could work, as they do with Enbridge (which is a regulated monopoly). The cost of the incentive is built in to the overall rate, and the utilities (and their shareholders) benefit from the long-term growth in demand for power.

When it came into office on the strength of a lot of mouth-breathing about hydro rates, the Ford government scrapped most of the residential incentive programs offered by local utilities like Toronto Hydro. So while the new federal home retrofit grants ($5,000) and loans (up to $40,000) can be used for fuel-switching investments like air source heat-pumps, there are no other incentives available in Ontario to layer on top of those programs.

In British Columbia, the story is totally different. Via CleanBC, homeowners can access rebates of up to $3,000 specifically for air source heat pumps, and add those to municipal and federal incentive offers. This is what an intentional fuel-switching strategy looks like.

Now let’s come back to what Toronto could do that would make a difference. In April, council approved a policy outlining some “recommendations” it could make to Toronto Hydro about climate action. The suggestions are tentative at best — unspecified investments in EV charging infrastructure and energy storage — and the report concludes with council dispatching City manager Chris Murray to “consult” with Toronto Hydro about what else it could do. (A report is due this fall, as is another one about possible funding sources for the policy, passed at the last council meeting, on how to achieve net zero in Toronto’s existing building stock.)

These hyper-cautious pronouncements make it seem as if the City’s hands are fiscally tied, and that Hydro is some fire-breathing corporate behemoth that shouldn’t be provoked. The reality, of course, is that Toronto Hydro has a single shareholder — us! — and that shareholder rakes in about $100 million a year in dividends (i.e., profits).

It is entirely within council’s purview to decide to spend a portion of that huge sum each year on a focused, long-term fuel-switching rebate/incentive program designed to kick start a transition that absolutely everyone agrees needs to happen. Even a portion of the Toronto Hydro dividend could finance a fuel-switching rebate program that would reach thousands of homes. There would be plenty of spin-off benefits, e.g., work for contractors and equipment distributors, as well as new long-term revenues for Toronto Hydro. The City, meanwhile, could begin to actually chip away at its space/water heating emissions, as per its climate targets.

Whenever ideas like this surface, City finance officials warn, rightly, about the ‘robbing Peter to pay Paul’ problem. Yet it’s worth saying that the municipal land transfer tax is looking to generate significant gains this year due to the insane real estate market. Those dividends have already been earmarked for a capital reserve fund, but one could argue that this kind of program also represents a capital investment in the city at large, as well as a down-payment on our climate targets.

The broader question is whether council is prepared to either allocate funds for incentives or enact new taxes that will be earmarked for carbon reduction goals. It’s pretty clear that council is not yet prepared to seriously confront the climate crisis, opting instead to advocate for soft regulatory measures, like the disclosure of building emissions, or that eternal fall-back — calling on other levels of government to do the dirty work of cleaning up.

As I wrote last week, I have almost no confidence that this council has the courage to make necessary and at times unpopular choices on issues like housing and transit. Climate is another example. In the coming decades, the decisions will only become more difficult and more painful. If we can’t even devise a local fuel-switching program in 2021 akin to what already exists elsewhere in Canada, it’s hard to imagine how we’ll come anywhere close to those 2050 targets.

Our net zero plan will be merely a zero.